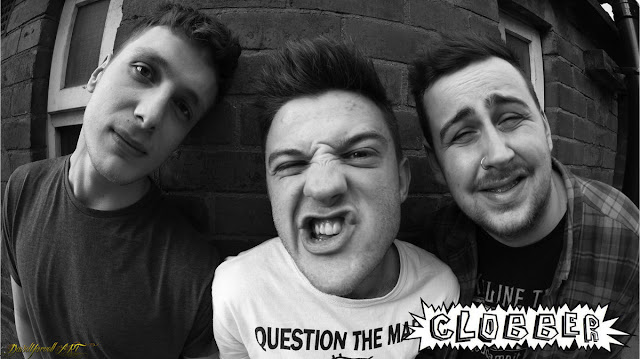 Today I'm bigging up a new band that I've seen getting a bit of well deserved exposure, hopefully you guys will share their music around too.

Clobber are a fast paced 3 piece punk rock/pop punk band from Redditch, which is around 15 miles south of Birmingham (England). They recently released a single Britun First / Bière Spéciale  and it's been picking up some rave reviews. You can check it out (name your price) here : https://clobberdobber.bandcamp.com/releases

Aside from the single, 2016 has also seen them undergo line up changes and has had them supporting the likes of  Leftover Crack and Kimberly Steaks. Future plans include a new record which is pencilled in for either the end of this year or early 2017.

An attack on the far right group Britain First, this is an impressive calling card called Britun First......