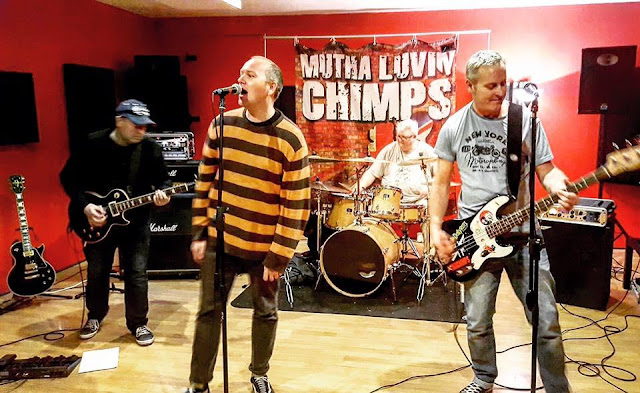 Manchester band Mutha Luvin Chimps take their cues from the best. A glance at their Facebook profile tells you that their influences include The Buzzcocks, Undertones, Ramones, The Jam, SLF etc... They deliver original music that's melodic and refreshing. Spawned by a love of classic era punk but with a modern twist.

The current line up features Jonny Baggs (vocals), Nozzer (guitar), The Saint (bass/vocals) and Silverback (drums). A click on their website will bring you to their Life, Love & Daytime TV cd which is available in physical form or for free digital download : http://www.mlcuk.com/music

In a couple of days they release their catchy as hell new single. It's a song about an alien invasion of Earth by orange skinned women with weird duck like faces wearing Primark boots (you've no doubt seen their like round your local town centre). Call Captain Kirk, this is Red Alert......