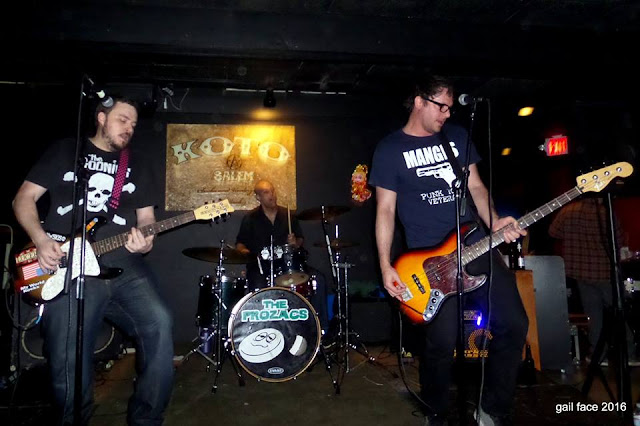 When you're named after 2 of rock music's most iconic characters, I suppose you better be half decent. Luckily, Jagger Holly are half decent, and a little bit more.

It isn't easy to dislike a band that states it's intention is to restore rock n roll, especially when the members of that band go by the names Jagger Holly (vocals/bass), Lennon Lee Roth (lead guitar/backing vocals) and Ringo Moon (drums). Happily they aren't just a bunch of cool names, they've the tunes to back them up.

Released on Monster Zero (Europe) and Swamp Cabbage Records (US), their debut album, DJ Free Europe, is a blast. 11 catchy tracks of sun drenched summer fun, you can check out on the Outloud! Records Bandcamp : https://outloudrecords.bandcamp.com/album/dj-free-europe

They've released a rather nifty video for the song Friday Night which you'll find on Youtube. Being a contrarian, I'm posting a different song, this is Let's Go To The Beach....