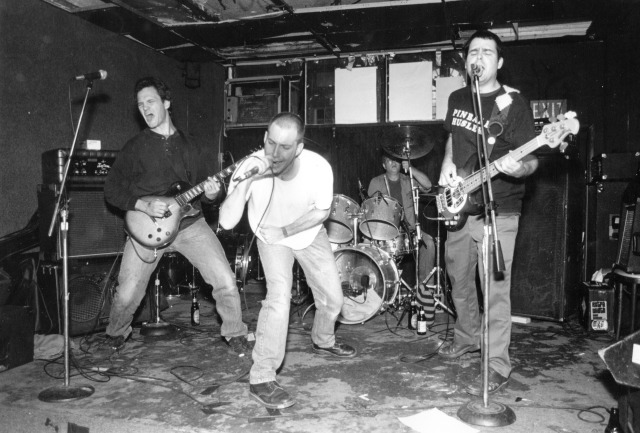 
The Suspects were from Washington DC and were a hardcore punk band who formed in 1993. They featured Brian Gayton (vocals), Bryan Harbin (guitar), Chris Condayan (bass) and Kent Stax (drums).

Their classic 1995 debut album Voice Of America was recently remastered by Daniel Husayn and re released jointly by Grave Mistake Records and Six Feet Under Records. To coincide with the release, the original line up reformed to play the Black Cat in Washington.

Blending UK 77 era punk with 80's DC hardcore, Voice Of America is a hard hitting gut punch that stands the test of time. From it, this is Mind Control.....

Email ThisBlogThis!Share to TwitterShare to FacebookShare to Pinterest
Labels: 1995, hardcore, punk, The Suspects