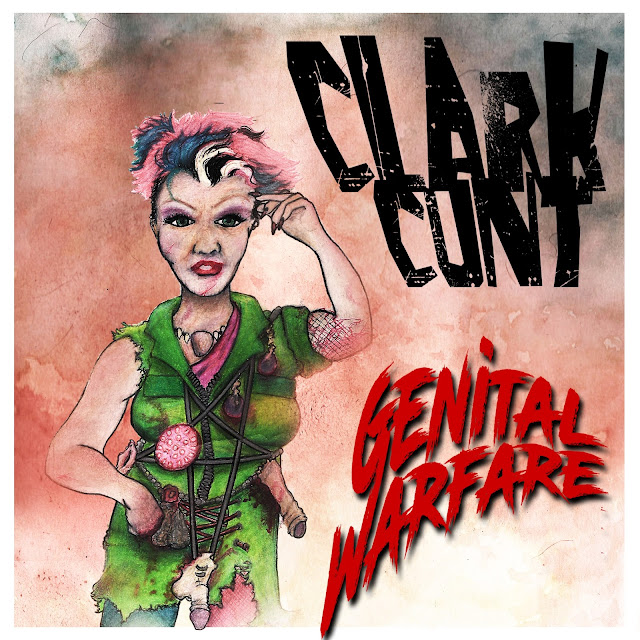 "We treat ourselves like meat
We have no self esteem....."


Usually I try to say just nice things about the bands that appear on this blog, today however I think I'm probably justified in saying that this update is by a bunch of cunts!

According to their Bandcamp profile, Clark Cunt are a 4 piece featuring Drum Cunt, Bass Cunt, Guitar Cunt and vocal Cunt. They've just released their debut 8 track album, Genital Warfare, and as with all Braindead Records' releases you can snap it up "name your price"..... http://braindead-records.bandcamp.com/album/genital-warfare.

Information on the band is pretty much impossible to find online so I'll just tell you that the songs on the album are angry and confrontational (mainly) female fronted grunge punk rants against "pricks without a brain" and small men with muscle cars. This is a band that urges women everywhere to stand together and refuse to be treated as second class citizens.

This is the lead track, it's called Cosmetic Surgery.....