Ashley Reaks - This Is Planet Grot 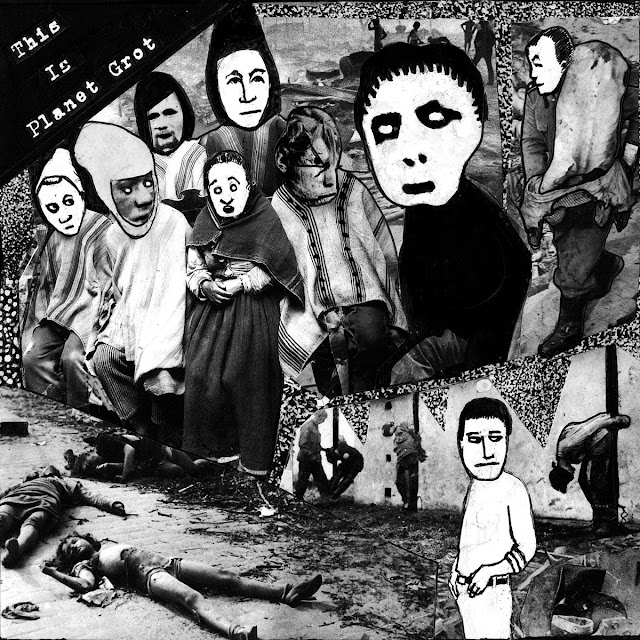 Today's song is by Ashley Reaks who is both "a genre-hopping musician and collage artist" based in London and (according to Louder Than War) "an incomparable talent and a true original, a man who often borders on genius."

I could now give you a brief run through of the life and works of a man who was born in 1966 in Harrogate, formed his first band (No Reality) way back in 1979,  played on an album by Take That's Mark Owen and was ever so close to making it big with Younger Younger 28's but instead I'll point you in the direction of his CV which is much more entertaining than the usual stuff i trot out...... http://www.ashleyreaks.com/cv/

If you check out his Bandcamp page you'll find a collection of weird and wonderful releases with titles like A Conglomeration Of Jockstraps, Before Koresh and If I Hadn't Become An Artist And Musician I Would Have Been A Serial Killer Or Killed Myself. There's also the new album, This Is Planet Grot...... https://ashleyreaks.bandcamp.com/

Aside from releasing the new album, he's also been busy both with designing his original artwork and supporting The Dickies on their recent UK tour. If you thought punk wasn't relevant or couldn't still be innovative 40 years down the road, Ashley Reaks might just make you reconsider.