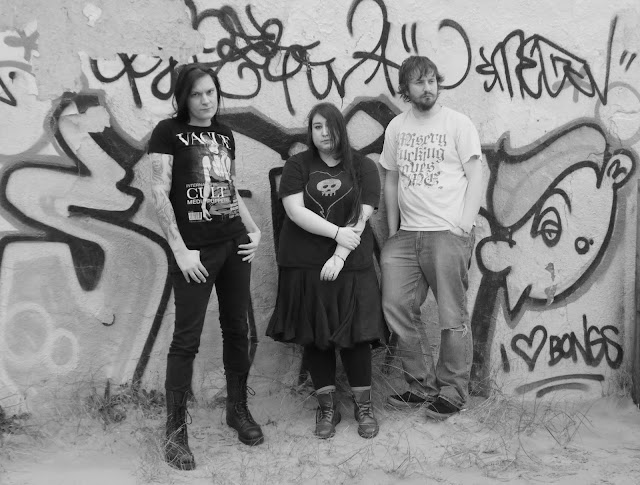 Blackpool punks Dischord recently made a triumphant return with their new album, War Or Peace. Released on August 30th, it's a hard hitting political punk masterpiece. If you listen to the album (and you should), you'll notice it's a well written treatise on the subject of war, song titles include War, Peace, Shellshocked, Battlefield and it finishes with Love in which they pronounce "....they want to fight and they want to kill, but I want to live in peace." Another couplet, "Red is the colour that brings them to me. Their blood and their souls, they gave for free" pretty much sums up the futility of war. All in all, an elegiac lament with a heavy soundtrack.

You can check it out here : http://dischorduk.bandcamp.com/album/war-or-peace

The song you'll find below is a scathing indictment of the role of those in power in sending our youth to die on foreign shores. This is Red Poppies.....

You can't save the soldiers Who died in 1917 But with a canteen full of hate You can desecrate their legacy Shedding blood for oil You guaranteed your place in hell Pulling the triggers for the rich In the wars the rich won't fight for themselves And you can wave their flags And you can dance their dance But there's no help for heroes They're still rotting in France And you can sound the horns At the cadets parade But they're following footsteps To an unmarked grave Rotting and forgotten In an unmarked grave And you can fight for England And say you killed for your country But you'll die for a German Queen And an all American currency Dropping bombs on schools You guaranteed your place in hell Killing children for the crown In the wars the crown don't care about 'I was born in this town But I was made a monster Dehumanised. Radicalised Taught to kill without compromise So pack up your troubles In your old kit bag But they won't support you When you come back.'