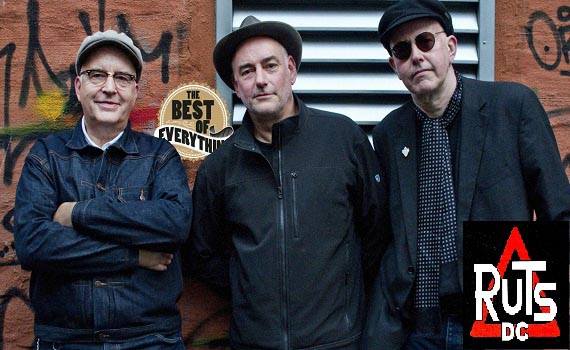 You'll all know (and no doubt love) The Ruts, the Golden Era punk band from London who mixed up punk and reggae and were as highly rated as any band of that era. And you'll all know that that first incarnation of the band came to a premature end following the death of frontman Malcolm Owen in 1980.

What you may have missed is that they're still going, under the Ruts DC moniker that they adopted after Owen's death, and they've recently released a new single, a taster for a brand new album.

The current line up features original bassist John "Segs" Jennings and drummer David Ruffy along with guitarist Leigh Heggarty. The single is out now on Sosumi/Westworld Recordings and the forthcoming album (due in September) will be called Music Must Destroy.