Reaction - (I Wanna Be Your) Dee Dee Ramone 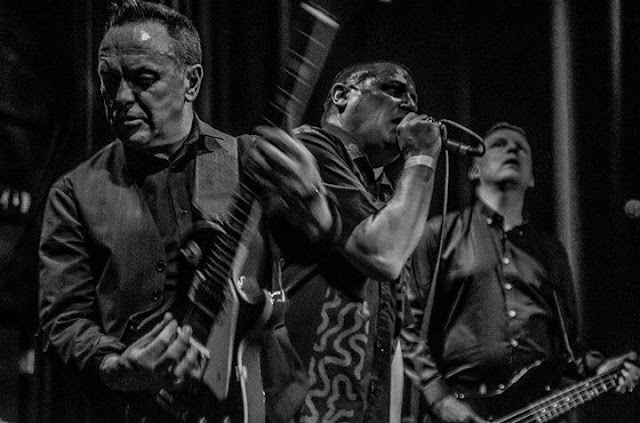 Reaction are from Airdrie in Scotland and they formed whilst still at school, back in 1978. Taking their diy ethos from Sniffin' Glue's Mark Perry and his famous mantra "Here Are Three Chords, Now Go Form A Band", they originally featured vocalist Ian Carson and drummer John Bryson plus several different guitarists and bassists, they were a boisterously raucous outfit who became fan favourites but who's reputation for attracting trouble put off record companies and earned them bans from several venues. They split up in 1982.

Fast forward to 2014 and they reformed to play a couple of charity gigs in support of Airdrieonians Football Club and this led to them recording an album for Tarbeach Records which they titled Accelerator. This time around, Carson and Bryson are joined by long time friend Joe Whyte (guitar) and Scot Van Den Akker (bass). Influenced by the likes of The Damned, The Heartbreakers and Sex Pistols, they received impressive 9/10 album reviews from both Louder Than War and Vive Le Rock so try and check it out. You'll also be able to catch them live if you're going to this year's Rebellion Festival.