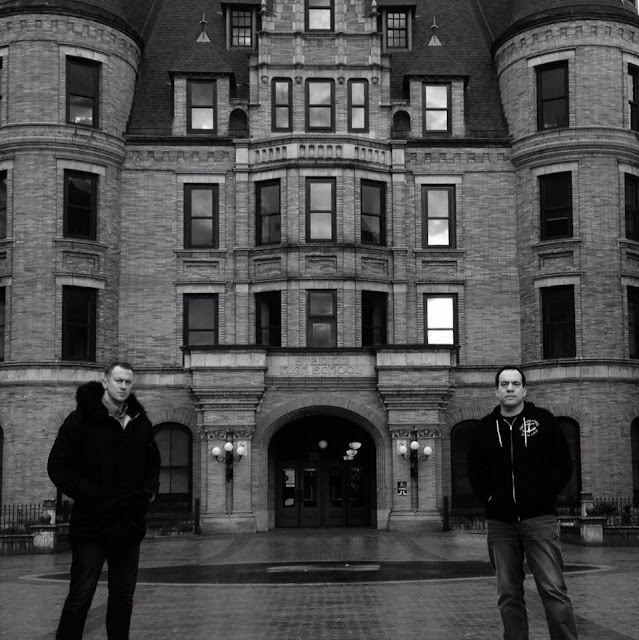 Those of you who've been reading this blog for a while now may remember a couple of years ago I posted a song by Noi!se. They're a band who's The Scars We Hide album has stood the test of time and is one of my favourites releases of recent years. http://justsomepunksongs.blogspot.co.uk/2014/09/noise-pawn-in-game.html.

Today's update features Stadium Way who are a new 2 piece acoustic project featuring Matt Henson and Kenny Dirkes from Noi!se and who have a debut ep available soon on Pirates Press (US) and Randale (Europe).

All 4 songs, Lessons Learned, Misplaced Rage, Never Afraid and Shadows are already up on youtube and are all worth checking out. As there's a video been released for Shadows, that's the song I'm posting today. As well as Matt and Kenny, it also features Kevin Bivona (The Interrupters) on organ and piano.....