Andysocial And The Antidotes - First Kiss 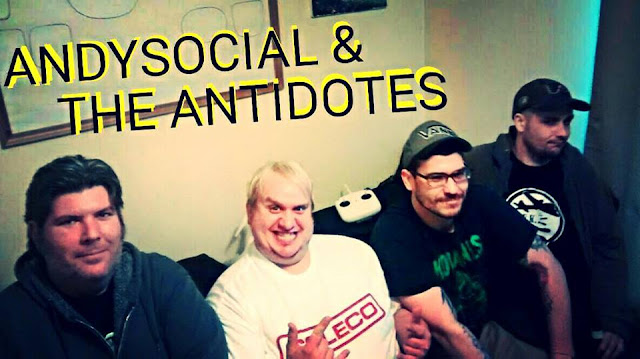 Influenced by both old school rock n rollers and old school pop punkers (Buddy Holly, Ritchie Valens, Ramones, Queers, Lillingtons), it's no surprise that their sound is up beat, harmony filled bubblegum rock. Last year they released a self titled debut album on Mancastle Records and Ramone To The Bone Records and now they're back with follow up, Diesel. You can find both releases here : https://andysocialandtheantidotes.bandcamp.com/album/diesel

It may be their last release for a while as they're going on hiatus, luckily their parting shot is a treat. From it, this is the extremely catchy First Kiss.....

Email ThisBlogThis!Share to TwitterShare to FacebookShare to Pinterest
Labels: 2016, Andysocial And The Antidotes, pop punk