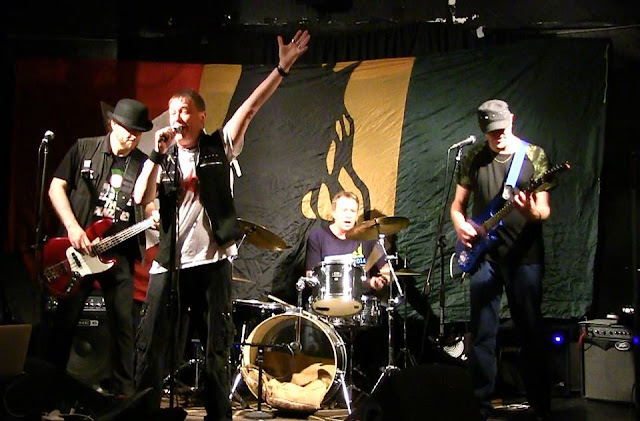 Deadlock UK formed as Deadlock way back in 1979 in Aldershot, gigged for a couple of years and then went their separate ways. Fast forward to 2012 and they got back together with the intention of recording their old songs (which had previously only existed on a few home made cassettes). Things went well and they got back to regularly gigging and also writing new material.

Last month saw the release, 37 years after they first got together, of their debut album. Called Speeding Along, it's available on Deadlock Punk and you can check it out here : http://deadlockpunk.bandcamp.com/.

Featuring Fez (vocals), Paul Denison (guitar), Richie Nice (bass) and Sully (drums), they've added the UK to their name to avoid confusion with a German melodic death metal band and they've put out a shiny new video for the title track from the album. This is Speeding Along.....