W.O.R.M. - Creature From Another World 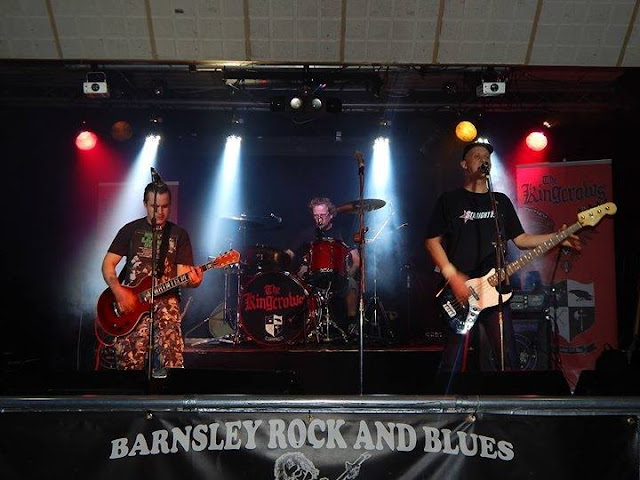 W.O.R.M. have been firm favourites ever since I was lucky enough to catch them touring their Vertically Unchallenged Baby album many years ago (and if you haven't got that album, it's one of the greatest records ever released so snap it up for free on bandcamp immediately). From Chesterfield (U.K.) they've been together since 1992 and though vocalist/bassist Danny is the only constant, they're happily still around.

Nowadays a trio, Danny is backed up by Kyle (guitar/vocals) and Simon (drums/vocals) and they've just released a new ep, their first since 2013's Little Man ep, although Danny did put out the Attack Of The Dickheads single last year.

The new ep is called Creature From Another World and it's more of the top notch, hard edged pop punk that we've come to expect from them. You can find it, along with their previous releases, here : http://worm2.bandcamp.com/.