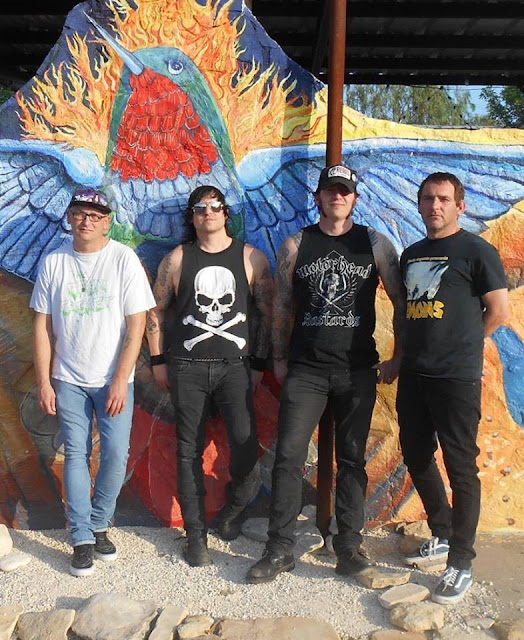 They released an album in 2014 called I have Become The Night which saw them draw comparisons with the likes of The Misfits, Johnny Thunders and The Damned and they followed it in 2015 with Up All Night. There's a few tracks (including the song I'm highlighting today) on Bandcamp  "name your price" https://rebelflesh.bandcamp.com/.  They also contributed the theme tune for a new horror film called The Barn (http://www.imdb.com/title/tt3390550/).

From Up All Night, this is Family Business....