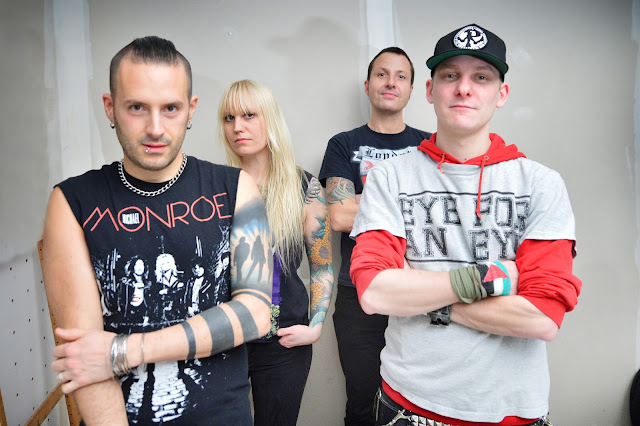 Riots are from Oslo, Norway and have been around since 2000, though originally they were called Goldcrush. It was under this name that they toured Europe 3 times, playing alongside the likes of Uk Subs, Anti-Nowhere League, The Real McKenzies, Sham 69 etc. They changed their name in 2010 and shortly afterwards released their first ep, Another Train. Next up was a debut self titled album which Maximum Rocknroll described as "polished street punk with Warped tour potential." Their most recent album is out on Randale Records and saw Vive Le Rock comparing them with Bad Religion (and giving them a favourable 8/10). You can check out those releases here : https://riots-oslo.bandcamp.com/.

From the new album and featuring legendary U.K. Subs frontman Charlie Harper on harmonica, this is Drunk & Dumb.....