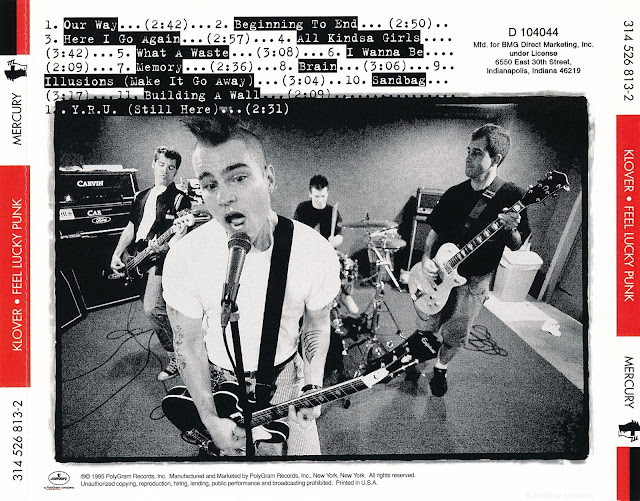 We're the radiation generation When we were born i wish i'd known Mom and daddy got the meat And we got the bone We're undecided and divided Livin' out of control All we ever really wanted Was a place to call our own﻿....

They were only together for a short time in the mid 90's, their two releases were an album called Feel Lucky Punk? and an ep called Beginning To End. Both were released on Mercury in 1995.

This is the catchy as hell opener from the album, it's called Our Way.....