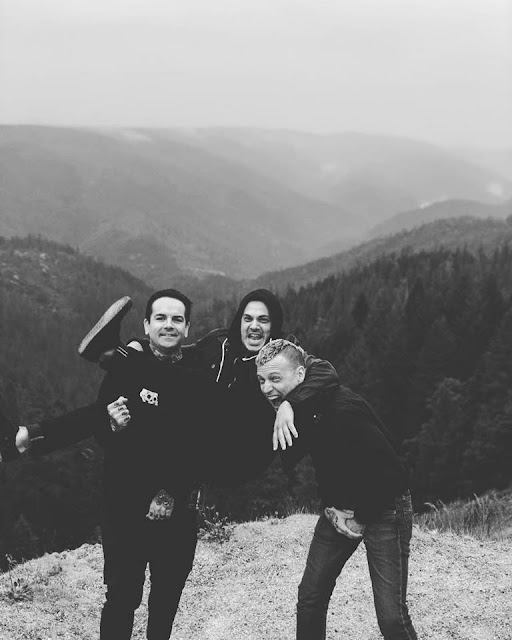 Sharp/Shock are a Southern California 3 piece who's members hail from Britain, San Diego and New Zealand. Vocalist/guitarist Davey Warsop is one of the Brits and has previously graced bands such as Beat Union, Suedehead and he's also worked with Bad Cop/Bad Cop. Bass player Dan Smith is another Brit who came to the US via New Zealand and Australia and was in numerous bands including The Dear & Departed. Drummer Korey Kingston has more of a ska/reggae background and was also in Suedehead as well as The Aggrolites.

Unsurprisingly, given their backgrounds, their sound is a mixture of classic UK and US punk (think The Jam meets The Descendents). Other influences include the likes of Elvis Costello, Madness, Royal Headache, The Beat etc.

They released their debut album, Unlearn Everything, in 2016 on Heart & Skull Records and you can find it here :  https://sharpshockband.bandcamp.com/releases

This song is called Dancing All Night.....