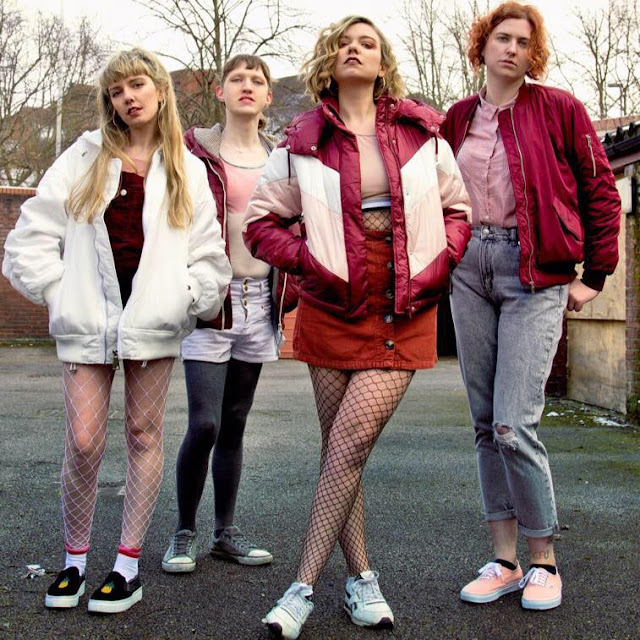 He asked me if he could review the new album by top UK indie band Colour Me Wednesday. The album is titled Counting Pennies In The Afterlife and is available now from Dovetown Records and KROD.

Colour Me Wednesday-Counting Pennies In The Afterlife


Lets get this out in the open straight away, Colour Me Wednesdays 2013 debut album ‘I Thought It Was Morning’ is a classic; hitting the perfect sweet spot between C86 indie pop and melodic punk. The bands identikit, zero musical progression side of their split release with Spoonboy that followed the album was equally as good. Any review of this second album is going to be coloured (coloured-get it!) by either disappointment or relief that they’ve either matched or not a set of songs that I love.

So, how have CMW negotiated the notoriously difficult second album syndrome? They’ve certainly taken their time; since the first couple of releases mentioned new music has been released at a trickle, digital tracks here (including a great version of Demi Lovatos ‘Cruel For The Summer’) and a 7’’ there (the slightly underwhelming ‘Don’t Tell Anyone’ EP) with guitarist/vocalist Harriet Dovetown also recording and touring with The Tuts and her sister, vocalist Jennifer, releasing solo material as Baby Arms. There have also been numerous line up changes with just Harriet and Jennifer remaining from the line up that recorded the debut album.

The passing years and change in personal, for better or worse, has definitely resulted in a change in sound for CMW. They’ve not gone free jazz quite yet but the sound on ‘Counting Pennies In The Afterlife’ has moved away from the saccharine melodies and adrenalin rush delivery of their earlier releases to something more measured. Jennifers fantastic vocals are still present and correct but generally the pace of the songs is slower, the melodies less ‘obvious’ and the arrangements more complex. The punk attitude is still there with the bands usual smart lyrics but musically this largely moves away from indie pop to an early 90s indie rock sound. Think Juliana Hatfield rather than the Flatmates.

When it works it works fantastically well. The slowed down and atmospheric ‘Disown’ is a beautiful song while ‘Not My Turf’ covers similar ground with the added bonus of some noise guitar. It’s also great to see the tried and tested indie influence of the Phil Spector/60’s girl group thud make an appearance on ’Boyfriends Car’. If you’re expecting the instant hits of the past you might be left to scratch your head (although ‘Heathers Left For Dead’ comes close) as this album takes time to work it’s magic.

There’s a cliche that says something along the lines of you have all your life to write your first album and things get really tricky with the second. In a nutshell, this is the sound of CMW ‘growing up’, trying new ideas and developing as a band. This album isn’t as immediate as the debut but give it time and gems like ‘Take What You Want (And Then Leave) reveal themselves.

This is the new video, the song is called Sunriser.....

Email ThisBlogThis!Share to TwitterShare to FacebookShare to Pinterest
Labels: 2018, Colour Me Wednesday, indie