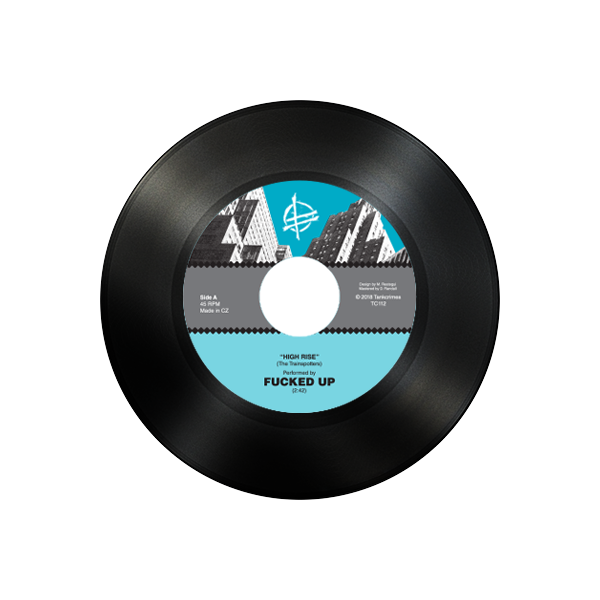 If you're as old as me it's quite possible you'll remember a 1979 hit by The Trainspotters called High Rise. The band were the brainchild of Radio 1 dj Mike Read and the song was a catchy number with a tune based on his "Mike Read, Mike Read, National Radio 1" jingle. The band released a follow up single called Unfaithful but like most of the music he played on his show it it was bloody awful.

Fast forward almost 40 years and High Rise is about to gain a bunch of new fans as Canadian hardcore outfit Fucked Up are releasing a new version. There'll be a 7" out via Tankcrimes on June 15th to celebrate Dreamsday and you can pre order it here :  https://tankcrimes.merchtable.com/tankcrimes-music/vinyl/fucked-up-high-rise-7/?no_redirect=true

What's Dreamsday? I've no idea but I'm sure all will become clear eventually :  https://www.facebook.com/FUglassboys/

Anyway, it's a joy to hear a new Fucked Up record that's not 20-30 minutes long so I'll be able to play it on today's Just Some Punk Songs show (starts at 8pm gmt https://www.facebook.com/events/168679093827829/ and also now airs on Thursday and Sunday on Hong Kong's Radio Lantau). There's not too many covers that are better than the original but this is one. High Rise.....

Email ThisBlogThis!Share to TwitterShare to FacebookShare to Pinterest
Labels: 2018, Fucked Up, hardcore, punk