The Scumbrians - This Is Me 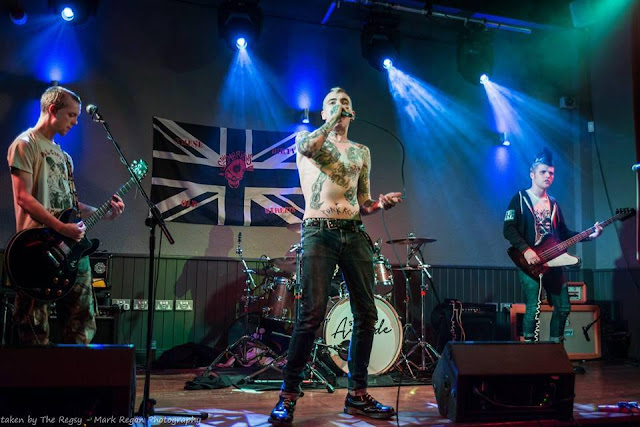 The last time Whitehaven band The Scumbrians appeared on this blog was shortly after I chanced upon them in a pub in Lancaster and the song I posted, Throw Em Away, went down a storm with some of you guys (http://justsomepunksongs.blogspot.co.uk/2016/10/the-scumbrians-throw-em-away.html). Since then they've gained plenty of new fans, in no small part due to their raucous live shows (some of you will have seen them at last year's Rebellion Festival. They went down a storm and have been invited back this year).

When I posted Throw Em Away, I mentioned they were about to release their debut album. This time around I can tell you that they're busy working away on album number 2 and that they've just released a song from it.

To keep up to date with the album's progress and to check out live dates, give them a like on Facebook.... https://www.facebook.com/scumbrians/

Their new song contains all the snotty exuberance that should be a prerequisite for a young punk band (but which too many newer bands claiming to be punks lack). Not only does it have the fuck you attitude, it's a great singalong too. I'm looking forward to the album!

Email ThisBlogThis!Share to TwitterShare to FacebookShare to Pinterest
Labels: 2018, punk, The Scumbrians