The Filaments - Look To The Skies 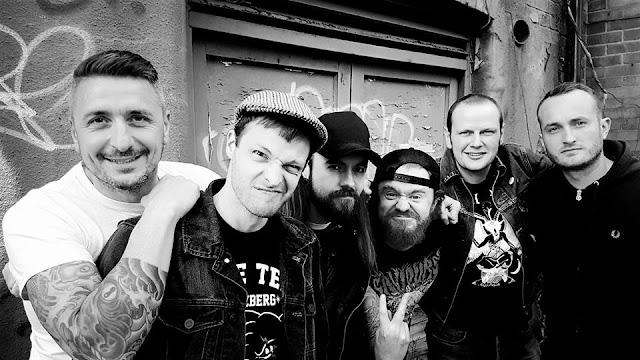 Today you're getting the song that kicked off last night's Just Some Punk Songs show. It's the title track from the new album by Chelmsford punks The Filaments. The album will be titled Look To The Skies and it's out on the 15th June on Pirates Press Records.

It's been 17 years since they released debut album Skull And Trombones. Album number 2, What's Next? came out in 2004 and number 3, Land Of Lions was 2013. You can check them all out here : https://thefilaments.bandcamp.com/
They previously appeared on here in 2014 with classic track B.P.C. (http://justsomepunksongs.blogspot.co.uk/2014/06/the-filaments-bpc.html).

There's a release party for the new album at The Underworld Camden on June 16th at which they'll be joined by Lion's Law, The Restarts and Knuckledust. Details here : https://www.facebook.com/thefilaments/

So what can we expect from the new album? I'm assuming it's the usual mix of great song writing, energetic punk beats augmented by trombone, sax and trumpet though on the evidence of the song below we may be getting something slightly more polished. I'm guessing fans of Rancid's Life Won't Wait may well lap it up, I'm also guessing it's going to be very good indeed.

Drone warfare seems very much the topic under discussion here, a timely subject and one that suggests the album will get you thinking as well as dancing (as is par for the course with this band). This is called Look To The Skies...

Email ThisBlogThis!Share to TwitterShare to FacebookShare to Pinterest
Labels: 2018, punk, The Filaments