The Proletariat - The Murder of Alton Sterling 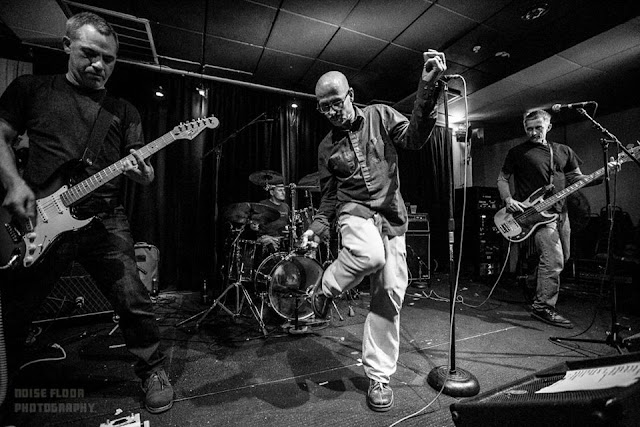 So what was on last night's Just Some Punk Songs show you're all asking ("all" might be pushing it but hopefully a few of you are interested). The answer is, an hour of great new music, including the song I'm posting today. Feel free to check out the show and show some love to the bands featured  https://www.mixcloud.com/mick-fletcher/just-some-punk-songs-060518/

And on to today's featured song. It's a new release (the first in over 30 years) by The Proletariat. They claim not to be a hardcore band but they certainly play with the hard hitting power and energy associated with that genre of punk. They formed in 1980 in Southeastern Massachusetts and were active for around 5 years. There were a couple of albums, Soma Holiday and Indifference before they called it a day. 3 of the original members formed short lived band Churn in the mid 90's but it wasn't until 2016 that there was a proper Proletariat reunion.

Still politically astute, still as hard hitting as ever and lining up with Richard Brown (lead vocals), Peter Bevilacqua (bass/vocals), Tom McKnight (drums) and Don Sanders (guitar/vocals) they've just released a new single. It's on Bridge Nine Records and it's about police brutality, racial discord and more specifically the shooting by Baton Rouge police of 37 year old African American Alton Sterling. You can check it out here : https://bridge9.bandcamp.com/album/the-murder-of-alton-sterling

There's an accompanying lyric video that I'm posting below. This is The Murder Of Alton Sterling.....

Email ThisBlogThis!Share to TwitterShare to FacebookShare to Pinterest
Labels: 2018, punk, The Proletariat