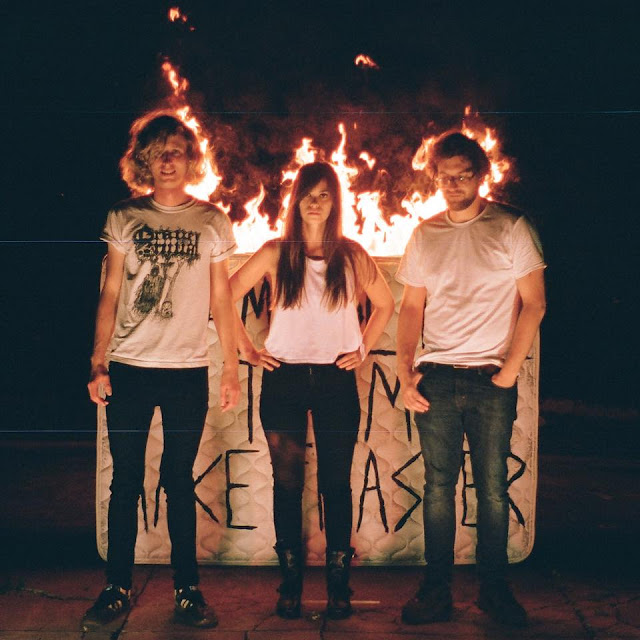 Here's another great song from 2015 that I missed when it was released towards the back end of last year. It's by Trampoline Team, a band that come from New Orleans and who formed in 2011.

They released the Midlife Crisis ep in 2013 and followed it up last year with the Velveteen Dream 7". They're a trio featuring Sam DeLucia (vocals/bass), Michael He-Man (Hohan) (guitar/vocals) and Shelby Grosz (drums).

The song I'm posting is called I'll Destroy You and it's from their debut album, Make It Faster which was released on Pelican Pow Wow records and you can check it out here : http://trampolineteam.bandcamp.com/album/make-it-faster.

Regular readers will know I'm a sucker for catchy, up tempo, female fronted punk tunes. This ticks all those boxes and more.......