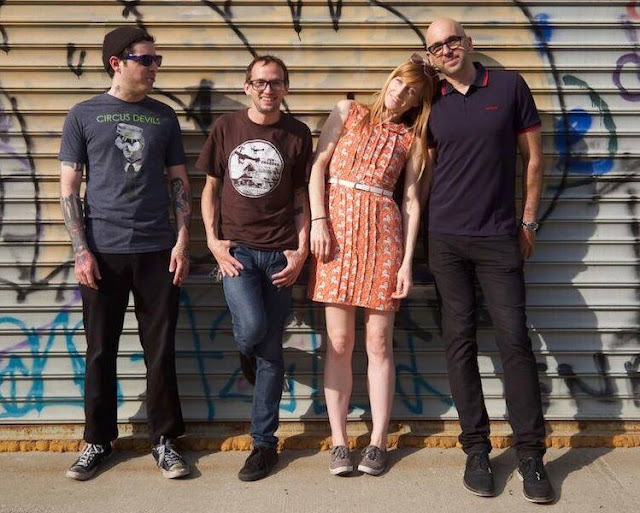 Somedays, nothing but a classic old cover version will do......

Unlovables are a catchy as hell female fronted pop punk band from New York City who've recently returned after a 7 year break. First time around they released a couple of albums, Crush, Boyfriend, Heartbreak (2005) and Heartsickle (2007) which you can check out here : http://theunlovables.bandcamp.com/

The song I'm posting isn't from any of those releases, it's taken from 2008's God Save The Queers tribute album and it's their awesome version of Fuck The World......

I called in sick to work today and stayed in bed 'til noonAnd now I just don't care what's going on outside this roomThings aren't getting betterMy future's not too brightFuck the world I'm hanging out with you tonightMe and you will walk around so pointlesslySmashing things, jacked up on way too much caffeineI'm really going nowhereI hate this shitty lifeFuck the world I'm hanging out with you tonight