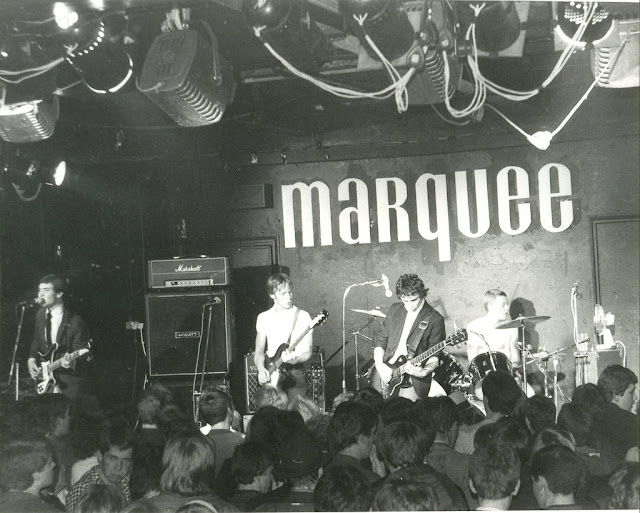 The Chords formed in south east London in 1978 and were one of the more successful of the mod revival bands that hitched a ride on the punk/new wave juggernaut. Often compared with The Jam, they were originally signed to Jimmy Pursey's J P Productions though most of their success came once they were on Polydor.

The classic line up featured Billy Hassett (vocals/guitar), Martin Mason (bass), Chris Pope (guitar) and Brett "Buddy" Ascott (drums). They released their debut single, Now It's Gone, in 1979 and followed it up with chart hit Maybe Tomorrow. Their debut album was 1980's So Far Away.

There were a number of other singles but they called a day in 1981 (they got back together to tour and release a single in 2010). A compilation of their best stuff titled This Is What They Want came out in 2000 on Polydor.

One of the best of the mod revival singles of the time, this is Maybe Tomorrow.....