Life On Mars - Burned Out On Life 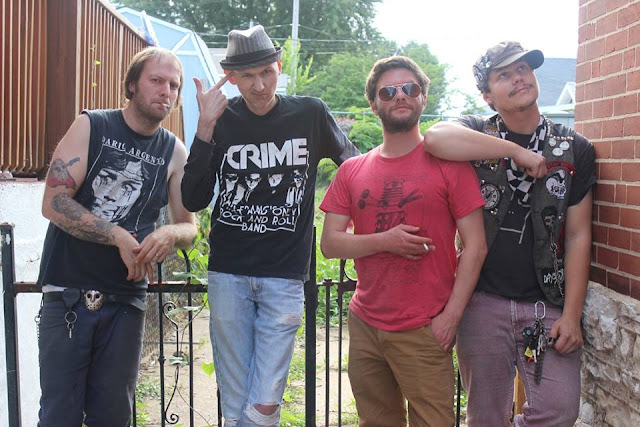 A new year and already great new music is starting to be released. Today I'm posting 2 updates, 2 songs from 2 bands but both from the same album.

The album in question is a joint release called Pissing Contest, and features a couple of St Louis punk acts, this update will concentrate on Life On Mars.

You might recognise the name (not just because of the Bowie song or the tv series) as Life On Mars have already had one kick ass song featured on this blog (http://justsomepunksongs.blogspot.co.uk/2015/10/life-on-mars-all-sports-suck.html). This time around they've teamed up with Stinkbomb and the results are an excellent new split album on Braindead Records that not only features 9 short, hardcore blasts of fury from L.O.M. and 5 fun, rather less serious tracks from Stinkbomb but also sees them team up to round off the album in style with a cover of the Dicks' Hate The Police. If you're quick, the album has been made "name your price" for a couple of weeks, you'd be a fool to miss out : https://braindead-records.bandcamp.com/album/pissing-contest.

If you want a further helping of Life On Mars, their Facedown On The Pavement album, highly recommended if you enjoyed The Dead Kennedys shorter, in your face songs, is still name your price here : http://lifeonmarshc.bandcamp.com/releases.

From Pissing Contest, this is for everyone who's Burned Out On Life......