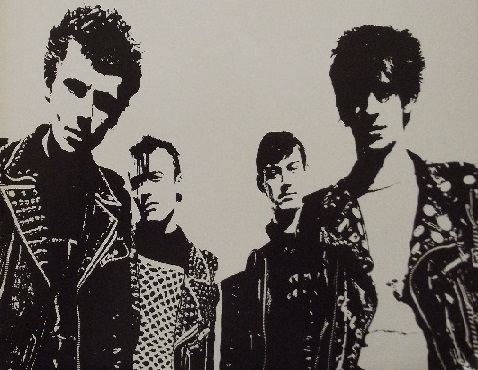 From Bottrop in the Ruhr, Upright Citizens formed in 1981 and were one of the first German punk bands to sing in English. They were hard edged, pissed off and catchy as hell and weren't afraid to wear their social and political beliefs as a badge of honour.

Often named as their best release, their debut ep came out in 1982, contained 9 tracks, and was called Bombs Of Peace. Amongst it's delights is the song that you'll find posted below.

Their debut album, Make The Future Mine & Yours, followed a year later and was another winner. Both this album and the ep were re released together by Rude Records in 2014.

They were one of the few German punk bands to tour the US and supported the likes of Bad Religion and Dead Kennedys, D.O.A. and UK Subs. Their final gig was on a charted pleasure boat on the Rhine in 2003.

A cover of a song that was originally on the b side of British punks Crisis' No Town Hall 7". This is Holocaust.......

You've read it in a book You've seen it on a T.V. screen To you it's a nightmare But to some it's a dream They've hidden their swastika Behind the national flag You'd better watch out brothers They're heading for a comeback Remember Belsen, remember Auschwitz They're trying to say they didn't exist Don't let them put this country in chains Don't let six million die in vain Belsen, Auschwitz, Dachau No more holocaust﻿