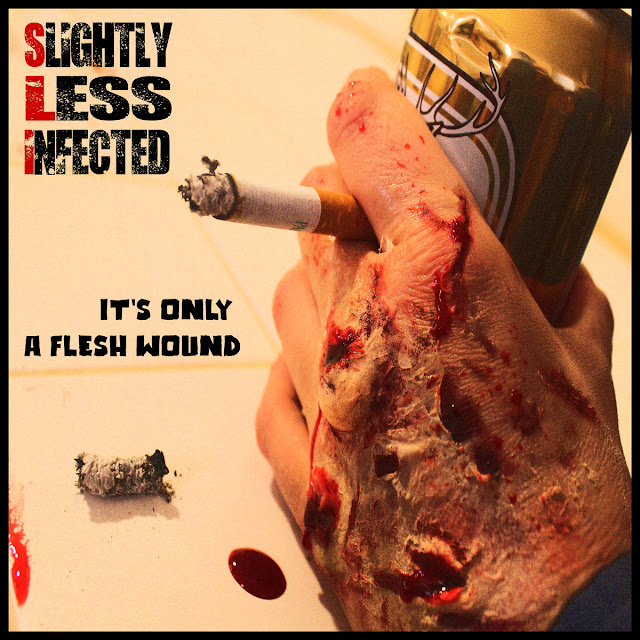 From St Louis, Missouri, Slightly Less Infected have only been together for a few months (their first gig is at The Haunt, St Louis, on Sunday Jan 17th) and have just released a demo called It's Only A Flesh Wound. Joining Heather and Brandon are vocalist Sheena Von Killer and bassist Jack Destruction. The demo was recorded live and it's an uncompromising hardcore assault that suggests the debut album that's penned in for later this year will definitely be one to watch out for.

You can snap up the demo "name your price" here : http://braindead-records.bandcamp.com/album/its-only-a-flesh-wound-demo.  It's on Braindead Records and their catalogue (available on the same link) has "name your price" releases by Jane Doe, Life On Mars and several other great bands.

Burn The Witch
She's The Bitch