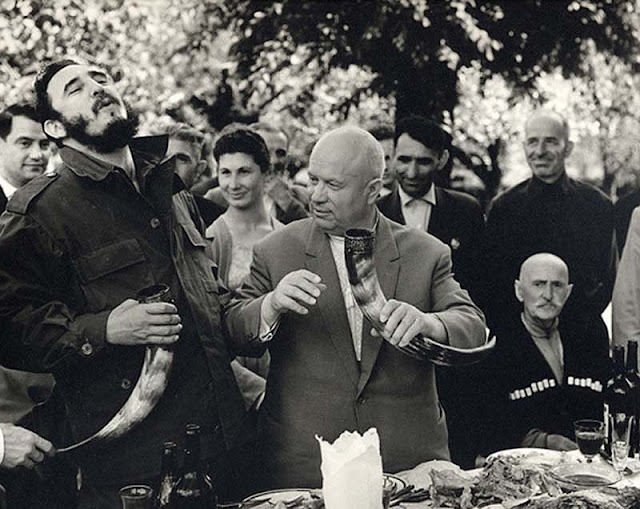 Some of you may remember that earlier this month I featured a bunch of Russians who were hiding out in Australia making ends meet playing in one of my favourite new bands. http://justsomepunksongs.blogspot.co.uk/2016/01/silver-foxes-lost-cosmonauts.html.

They're called Silver Foxes and their debut ep is available here : https://outloudrecords.bandcamp.com/album/the-lost-cosmonauts. Later this year they plan on recording their debut album. Andrew Rowcroft from the band was kind enough to select an awesome top 10 so I'll pass you over to him.......

2)  SLOPPY SECONDS - Runnin From The C.I.A.
We always need to keep on the lookout!

3)  BORIS THE SPRINKLER - Russian Robot
Soviet technology is number one. We are building an army of robots


4)  RIVERDALES - Red Zone Cuba
We love to party in Cuba

6)  SUBURBAN AND COKE - Single Single
Awesome band from Perth which is where us Soviet Union spies are currently hiding out. The most isolated city in the world, no one will find us here. An awesome band who love to party!! We love playing shows with these dudes and they really are great Soviet allies


7)  SCREECHING WEASEL - Planet Of The Apes
There once was a Soviet plan to create an ape army to take over the world. It's never too late


8)  THE MOANS - Party At The Insane Asylum
The Moans know how to party!! Mr Matt Bennett also spreads our propaganda into the USA. Checkout Outloud! Records!!  http://outloudrecords.bandcamp.com/