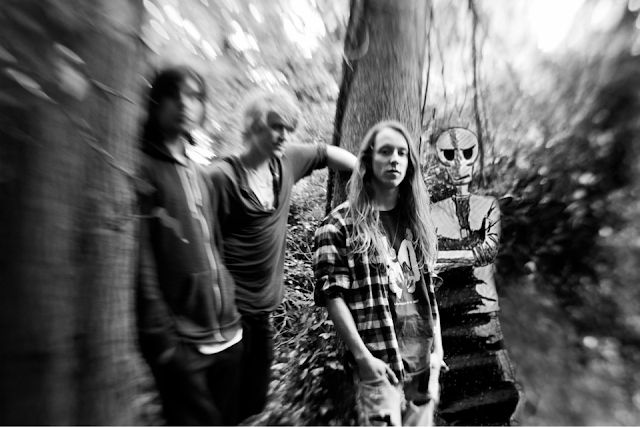 Brain Ape are a Scratch Rock band from London. If you're unfamiliar with Scratch Rock, you aren't alone but I'd guess it's a combination of grunge, punk and stoner rock.

They've been together since 2012 (they being Minky Tres-Vain (vocals/guitar), Dydy (guitar/vocals), Sol Alex Albret (bass/vocals) and Siberian Alien (drums) though they're now a 3 piece following Dydy's move abroad, You'll also find them playing together in another band called A Twisted Carnival.

Their debut album was released by Schlimbum Records and is called Dara O'. Bringing to mind the likes of Nirvana, Sonic Youth and Queens Of The Stone Age, it's the kind of stoned out guitar heavy music you'd normally associate with sprawling, dusty American landscapes rather than suburban London. You can d/l it for free here : http://www.schlimbumrecords.com/album-dara_o.html


Their most recent release is the single Blond Hair Blue Eyed Boy, their last as a 4 piece, you can grab it free here : http://schlimbumrecords.com/album-bhbeb.html