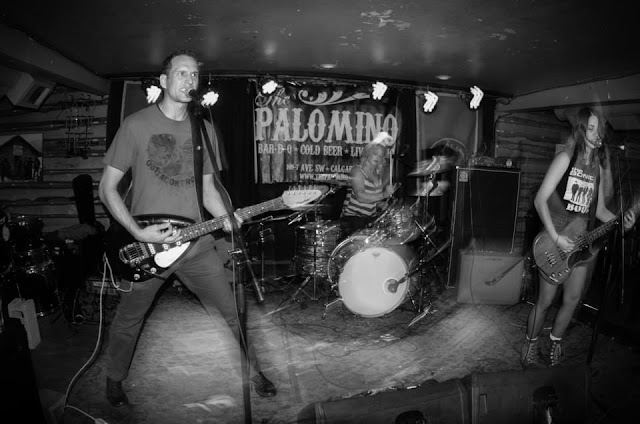 Today's song is from the forthcoming self titled debut album by Canadian garage punks Line Traps. Forming in March 2013 in Victoria, British Columbia, and comprising a trio who go by the names of T. Depression, Poly Ethylene and S. Pressure, they released an initial calling card in the shape of a 6 track demo cassette last year on Shake Records!

Faster And Louder's Lord Rutledge, who knows far more about Canadian punk music than I do, and who put me onto them, tells me their bio says "Line Traps are a 40 year old guy who grew up on 80's hardcore bargain punk records and 90's garage with two fresh-faced 23 year old girls who like all that shit too. They all live in a house together, never practice...and made this record."

Now that the introductions are over, they're going to pummel your senses with their first long player : http://linetraps.bandcamp.com/album/line-traps

From that album, this is Mannequin.....