The Atoms - Sandy Stole My LP'S 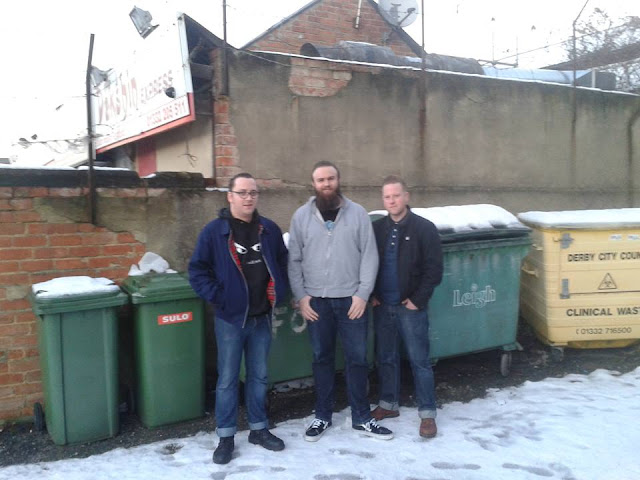 (a typical day at the beach in Derby)

What's better suited to a crisp February morning than a bit of surf punk, featuring a band from that well known favourite British surf spot, Derby!

The Atoms got together in 2000, originally featuring Joe, Jimmy and Jess Atom but now comprising Joe Atom (vocals), Johnny "Headlock" Speedking (bass/vocals) and Gaz "New Guy" Speedking (drums/vocals). You probably won't be surprised by their influences :  The Queers, Screeching Weasel, Groovie Ghoulies, Zatopeks, The Hunchbacks, The Apers........ No doubt they've probably also tapped a toe or two to The Beach Boys and The Ramones.

Starting their beach party with the 2001 Don't Wanna Dance ep, they've also released a few splits and featured on several compilations as well as unleashing a couple of full lengths, 2006's Staying True With The Atoms and 2010's Surf Derby. You can find the remastered and expanded Surf Derby (free of charge!) as well as their latest release, AAAAAAAARGGHHH!!!, on their bandcamp :  http://theatomsuk.bandcamp.com/album/surf-derby-re-master-free-download  .

From Surf Derby, this is the opening track, Sandy Stole My LP's......

Email ThisBlogThis!Share to TwitterShare to FacebookShare to Pinterest
Labels: 2010, surf punk, The Atoms