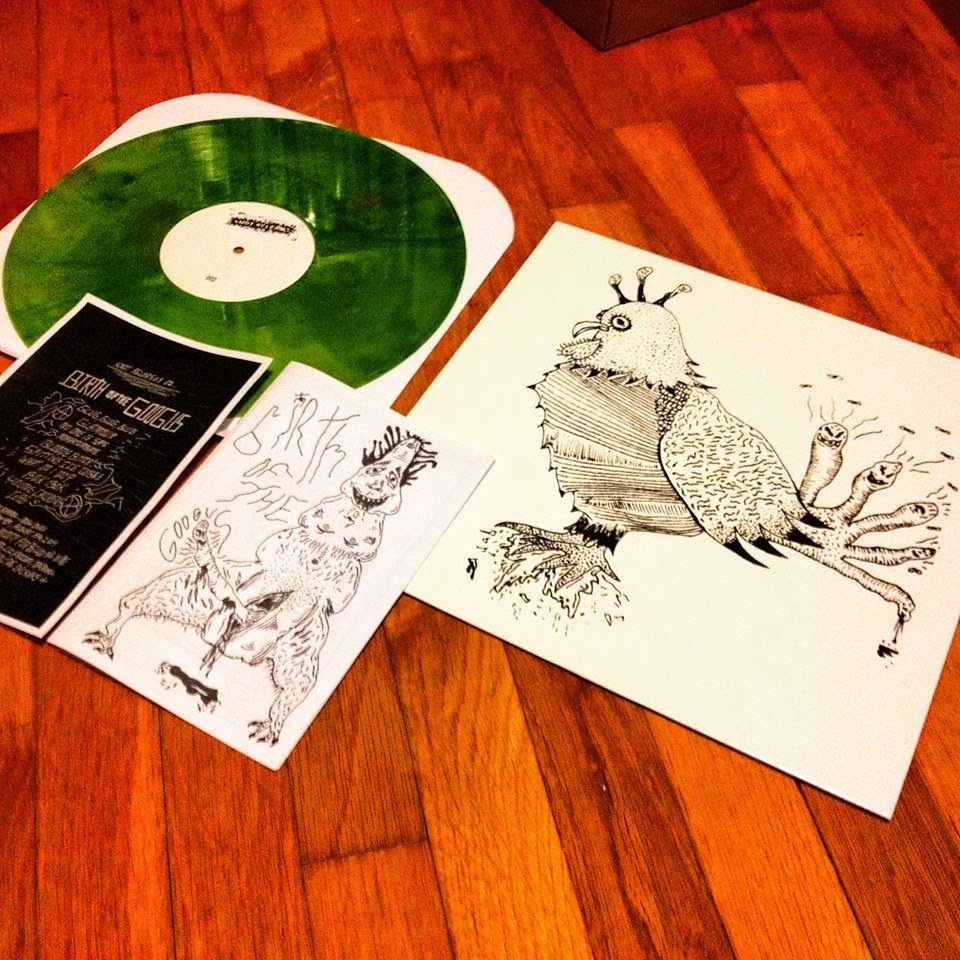 This is probably one of the coolest songs on here. Not that the "people" who's Sick Thoughts came up with such a feverish whirlwind of urgent, driving noise are aiming for cool. I think they just want to fuck shit up. If that's the case, job's a good 'un as they say in these parts.

The lead off track from the debut album by Chicken Chain, (the album is entitled Birth Of The Googus),  reminds me somewhat of The Urinals' classic Ack, Ack, Ack, Ack and anything that does that must, by default, be a winner.

You can find the lp on randomly coloured vinyl (though as it's out on Snot Releases you really have to aim for the green!) by clicking here : http://www.snotreleases.com/home/?section=new-releases . They're not going to be sitting on the shelves for long so (with the band's permission) I'm adding all the tracks to Youtube so no one misses the party.

They say that history is written by the victors. This is something along those lines, Baltimore evil genius, Drew Owen, who featured in another guise on this blog last year, was kind enough to write the following.......

"On the verge of losing their jobs at the oh so popular fast food restaurant, Burger King, 4 16 year olds from Baltimore wrote a punk record in 45 minutes and recorded it on their 4 track. Drew Owen found them at his old high school and stole their demo tape so that he could put it out on his friend's new label, Snot Releases. No word has been given as to the whereabouts of the original Chicken Chain members.

Drew Owen plans to run with the Chicken Chain torch by starting to play live shows eventually whilst he focuses on getting out of school alive."