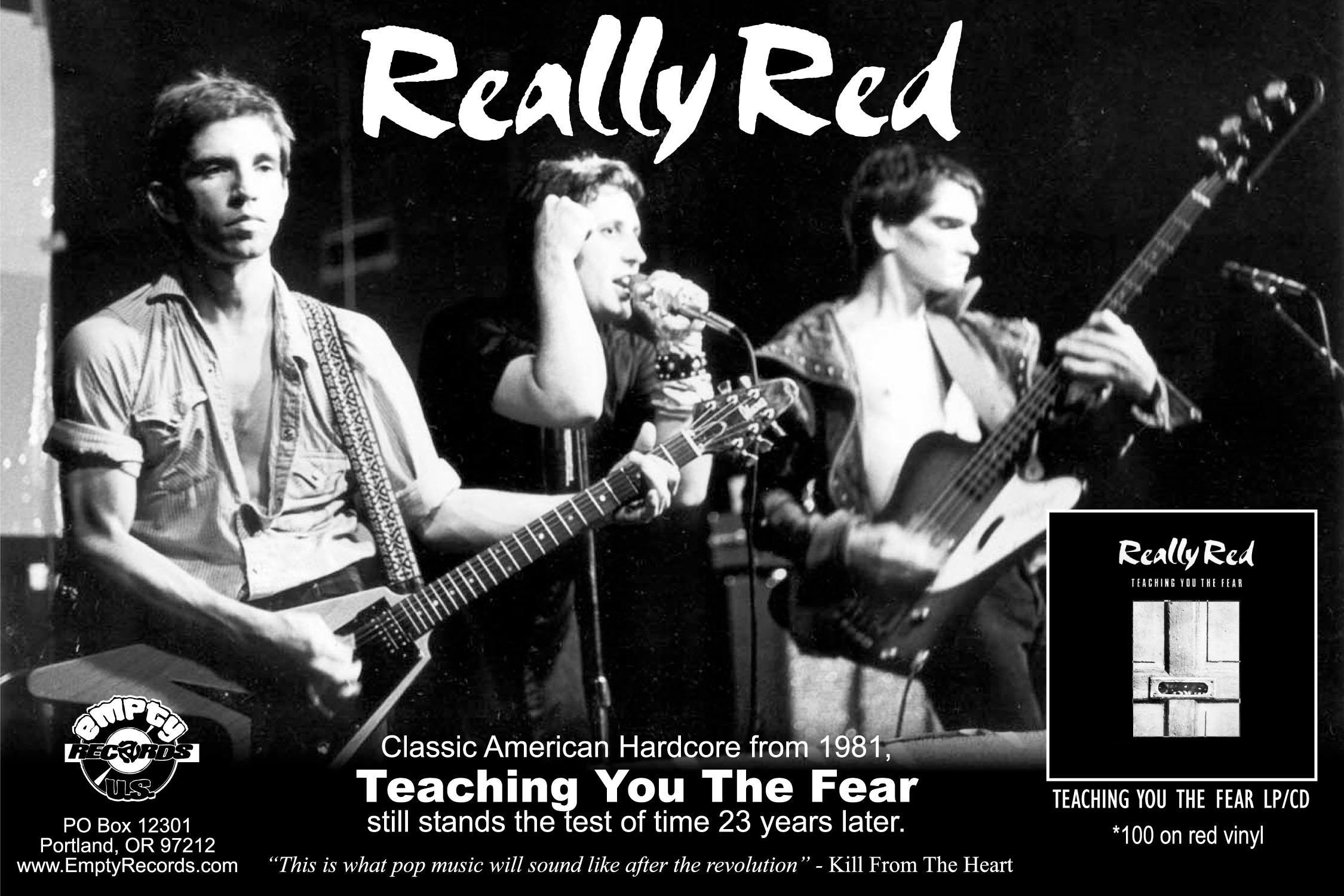 Really Red were a hardcore punk band who got together in 1978 and hailed from Houston, Texas. Playing fast, aggressive music with socially conscious lyrics they were highly influential on their local scene but also often ventured further afield, sharing a bill with the likes of The Dead Kennedys, The Dicks, Bad Brains, Circle Jerks, D.O.A., The Stranglers, 999 etc.....

Featuring a line up of Ronald "U-Ron" Bond (vocals), Kelly Younger (guitar), Robert Weber (drums) and John Paul Williams (bass), they're a band that despite being highly influential are often nowadays overlooked when talk turns to punk's golden era. Their first release was the 1979 7" Crowd Control, this was followed up by the Despise Moral Majority ep and the Modern Needs single. 1981 saw them unleash their debut album, Teaching You The Fear, on their own C.I.A. Records label, this is considered by many to be the highlight of their catalogue.

Another ep surfaced in 1982, New Strings For Old Puppets and a then a second full length, 1985's Rest In Pain but by this point their sound was moving away from hardcore towards something darker and more experimental. Around this time they disbanded so the album served pretty much as a way to put out the stuff that up until that point hadn't seen the light of day. A fairly comprehensive self titled retrospective came out in 1992 on Angry Neighbor and a remastered version of Teaching You The Fear is now available here : http://www.alternativetentacles.com/product.php?product=2209&sd=PLcWkiNSvrXSNZ60Ljg


Middle class liberals all make me sick
The communist party is a load of shit
The KKK can kiss my ass
They're all dangerous morons tied to the past
Each one tries to dictate their own point of view
Telling everyone their way is true
Each needs a ghetto to put their opponents in
NO MORE GHETTOS!
Let's stop playing games and take a good look
At the vague values we're all taught from books
If dignity and freedom are every human's rights
Why do the few that have them all seem to be WHITE?
White collar crime is justified with MONEY!
While too many people starve in this land of milk and honey
And they build the ghettos to put the starving in
NO MORE GHETTOS!
There isn't any honor dropping bombs
There isn't any glory killing human beings
It's disgusting and sick and always has been
Liberators become oppressors all over again
And the church stands on its wealth as it blesses the troops
Telling them that their way is so true
And they build ghettos to put their prisoners in
NO MORE GHETTOS!

There's also a new interview with the band here : http://www.chron.com/life/article/Punk-band-Really-Red-re-releases-music-6061779.php
Posted by mickfletcher at 04:24