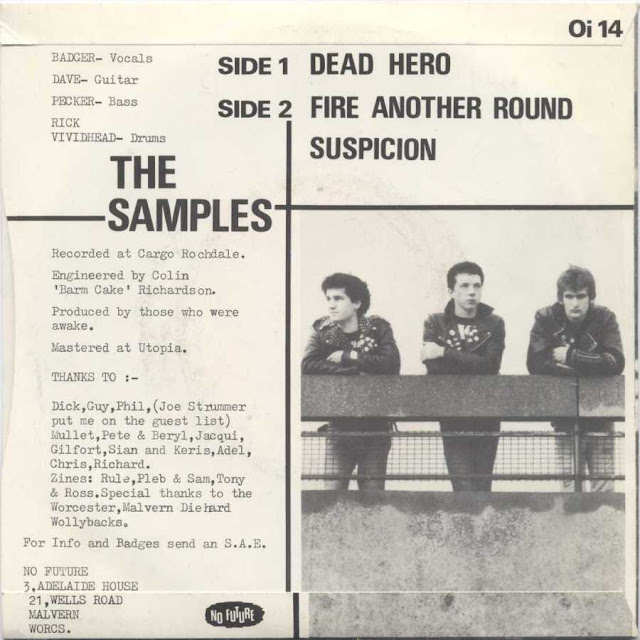 "A War To End All Wars, Try Believing That Today,
They'll Never Give Up Killing, They Don't Mean What They Say"


A classic No Future, early 80's UK punk release today from Worcester band The Samples. They formed in 1978, self released a single in 1980 called Vendetta and then had a song called Government Downfall included on the Country Fit For Heroes comp. 1982 saw their best material, a three track single called Dead Hero which came out just as Margaret Thatcher's Conservative government went to war with Argentina following their invasion of The Falkland Islands. Not wanting to face a backlash by patriotic Brits, any ads for the single apparently pointed out that the title track was about World War 1. It went on to sell a respectable 7,500 copies.

Another single, Nobody Cares, was due to come out but supposedly No Future had spent all their money putting out Blitz' second lp so this was scuppered when the label folded. The band, Sean Taylor (Badger) on vocals, Dave Evans on guitar, Pascal Smith (Pecker) on bass and drummer Rick Vividhead eventually broke up in 1986.