The Straps - We Were Punks 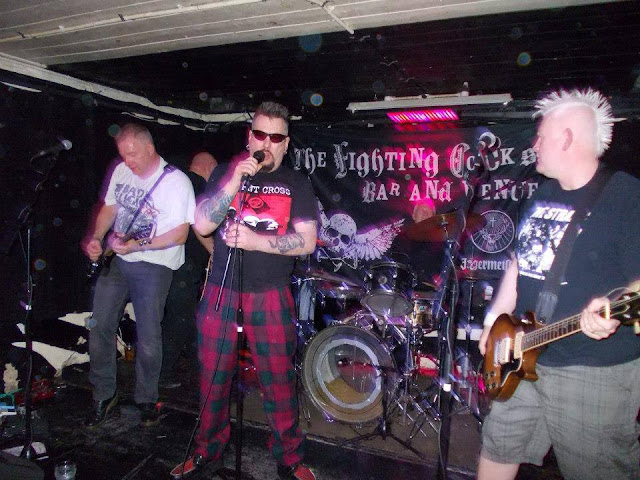 The Straps, originally from Battersea, South London, (they soon relocated to Brixton), formed in 1977. Their original line up consisted of Dave Reeves (guitar), Howard Jackson (vocals), Steve Macintosh (guitar), Green (bass) and Brad Day (drums) though Jackson was sacked after one gig and replaced by John Grant (aka Jock Strap).

They were popular enough to regularly sell out decent sized venues around the London area and they were also regular stage sharers with the likes of The Damned, U.K. Subs, Stiff Little Fingers, Sham 69, Adam And The Ants etc. They went through several line up changes, at various times they featured Andi Sex Gang as well as Jim Walker (PIL), Pete Davies (U.K. Subs), several future members of Theatre Of Hate and even Rat Scabies guested on a track. Rumours that comedian Lee Evans was sacked as drummer should be taken with a pinch of salt though they did sack one drummer after he sold his drum kit and spent the proceeds on glue!

They released a couple of singles, Just Can't Take Anymore and Brixton and a self titled album and that was about it..........Until 1991 when they reformed for a one off gig at Brixton academy alongside Sham, The Subs and The Lurkers. They carried on gigging but split again in 2008. Before rising yet again like a phoenix from the flames to record a new album, Brave New Anger (review : http://vinseneb.blogspot.co.uk/2013/07/album-review.html?m=1)

Coming very soon is an interview with vocalist John Grant. In the meantime have a listen to one of their newer songs, from 2007, this is We Were Punks......

Email ThisBlogThis!Share to TwitterShare to FacebookShare to Pinterest
Labels: 2007, punk, The Straps