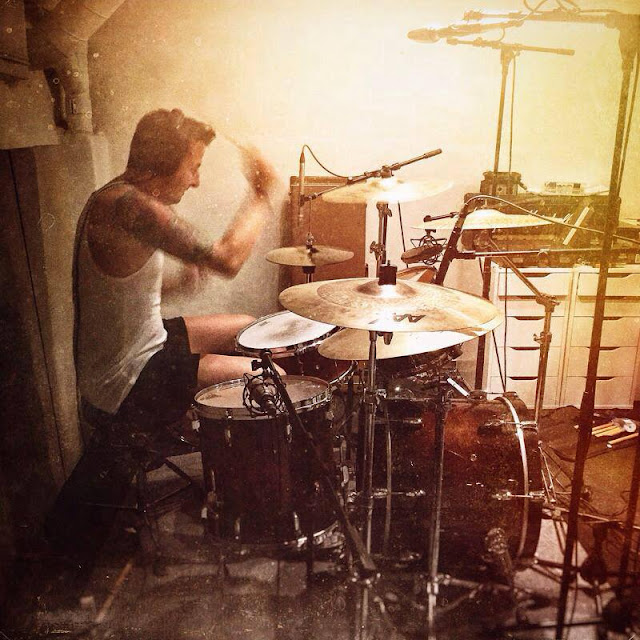 One of the most popular updates I've posted recently was Drunk & Dumb by Riots (http://justsomepunksongs.blogspot.co.uk/2016/05/riots-featuring-charlie-harper-drunk.html). Today I'm pleased to bring you the top 10 songs chosen by their drummer Paul Mileman. To hear more by Riots, check out their bandcamp : https://riots-oslo.bandcamp.com/. Paul is also the drummer with Control (watch out for a new split from them soon called Pick Your Poison which also features the Harrington Saints).

As well as getting Paul's top 10, I thought it would be a missed opportunity if I didn't ask him about Riot's future plans and this is what he told me.....

backlog at the pressing plant in CZ, it's taken 8 months... Plan is

germany again in oct and a couple of weekends in nov/dec. Uk dates

we combined this with some uk shows, if anyone wants to book us

😉 and all being well, we'll have a track on the new S Pauli tribute LP on

Bitzcore records later this year/early next"


Thanks for the selection Paul, and for the comments.......

The Ruts - West One (Shine on me): Still sends chills down my spine everytime I listen to this, fantastic song. Such a shame that it all came to an abrupt end. The 2nd LP would have been something real special. One of the best UK punk bands. RIP Foxy and Malc. Saw the Ruts DC in Scotland a few moths ago. Not ashamed to say it, but I had a tear in my eye when they played this

UK Subs - Emotional Blackmail: A top 10 without the UK Subs would be a criminal action. So many great songs, I could have picked 20. The start of this song is great. Nicky Garratt’s “Blackmore” influenced chopping guitar. Tight roll. One the best openings in a punk song. So lucky to have been a part of the reunion tour of 2007, and to have run the websites since 2002.

The Damned - Love Song: The dirty bass line at the start is superb, lyrics are spot on. This is the Damned at their best. Burglar on the B-side as well is brilliant. Maybe the best punk rock 7”?


Adam and the Ants - Ants Invasion: What gets me with this song is 1. the groove and 2. Marco Pirroni’s controlled feedback. Probably one of the best 10 guitarists within punk. 1st album is a cult classic, Kings of the Wild Frontier was the LP that made me think more about toms when I learned how to play the drums. So many great songs from both LP’s


Dead Kennedy’s - California Uber Alles: Didn’t really listen to much US punk growing up. John Peel used to play a few US bands. Dead Kennedy’s are one of those who have stuck with me throughout the years. Biafra’s is unique with his chilling, funny, sarcastic and political lyrics. Nazi Punks Fuck Off is also a great song


Sex Pistols - Bodies: Excellent punk rock song. Anger, energy and of course the lyrical shock factor. This is the Pistols finest hour in my opinion. Saw them at Finsbury Park in 1996. One of the best shows I have been to. 40000 people jumping and singing at the the same time. Was a great day

The Clash - Bankrobber: The Clash have had some great songs. Never really got into them as a kid. They were too clever, not fast enough. London Calling /Sandinistia was soo boring… But age got the better of me. Always thought that Bankrobber was the last thing they ever did that was any good. Again, great lyrics and Topper Headon holds the whole thing together with some beautiful patterns. One of the best UK punk drummers


Control - Punk Rock Ruined My Life: An unknown band to me, sort of stumbled across them, I bought the LP and was blown away by the first track. Modern day classic. So impressed, I contacted and asked if I could do some drumming for them. The rest is history.


Raga Rockers - Noen å Hate: Moved to Norway in 2000. Never liked any punk rock from Norway. Found it very different to the UK stuff I grew up with. This is the best Norwegian punk rock song.


Turbonegro - I Got Erection: This is the second best Norwegian punk rock song. Bass line that repeats and repeats, sing a long chorus. I actually thought Turbonegro were from the US, until about 6 months after I moved to Norway. Ass Cobra is a brilliant LP. The best Norwegian punk LP. Went drastically downhill after that


Bands that nearly made the top 10 :
Undertones - Hypnotised
Buzzcocks - Ever Fallen in Love
… New Model Army - Vengeance ( or any one of 40 other fantastic songs)
Black Flag - Six Pack
The Stranglers - Something Better Change