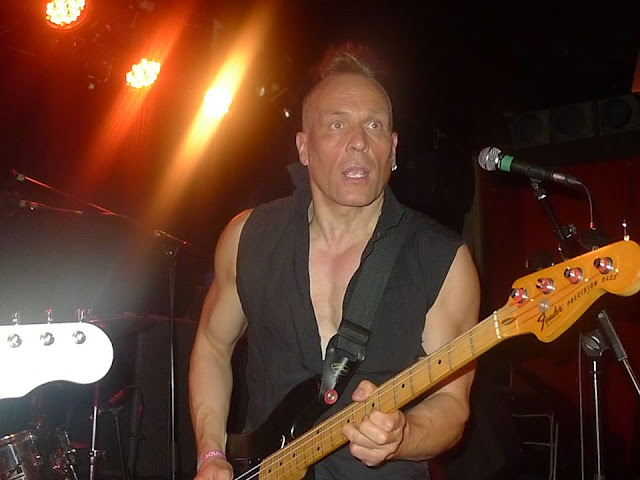 Last week I sent out a few requests for top 10's to people who's music I've enjoyed over the years and whom I thought would come up with great lists that I could share with you all. One of the first to reply was John Robb who doesn't really need an introduction although I gave The Membranes a brief one when I posted a song from their brilliant new album Dark Matter/Dark Energy (http://justsomepunksongs.blogspot.co.uk/2015/08/the-membranes-do-supernova.html).

The album is going to be remixed by a number of top artists, including Youth (Killing Joke), Therapy, Neubauten, Bad Seeds, The Pop Group and many others. You can find more details on their Facebook page : https://www.facebook.com/theMembranes

Besides making some of the most interesting and exciting music around, John also promotes it on his Louder Than War site. It's a place where anything goes as long as it's fresh and exciting. As they say, no borders no boundaries, just looking for the next buzz. Check it out here : http://louderthanwar.com/


Back to the top 10, despite being busy preparing for the Estonian gig (where besides performing he's also going to be in conversation with top CERN astro physicist Umut Kose) John was kind enough to reply to my request thus......

7) ADAM AND THE ANTS - Whip In My Valise

9) SIOUXSIE AND THE BANSHEES - Jigsaw Feeling

10) EVIL BLIZZARD - Everybody Come To Church