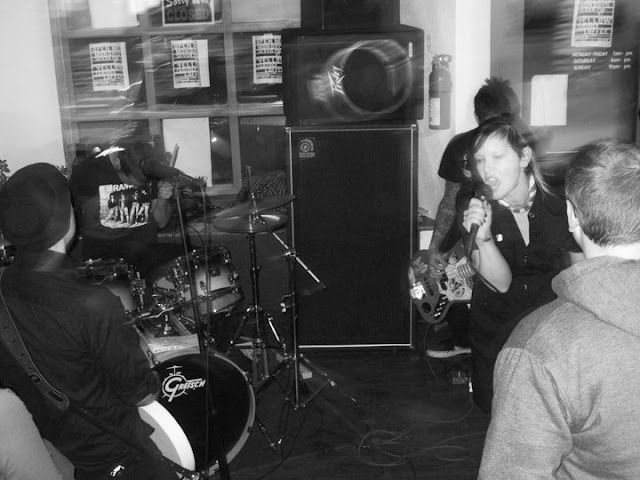 "This isn't over, until I say it's over
you think you're the winner, well I beg to differ


Today's song comes from a recent self titled demo tape from the Nervous. It's not their first self titled demo tape, they also released one back in 2009. Then in 2011 there was the Genital Panic ep. I'm not sure why they aren't more prolific but when they do enter a recording studio it's definitely a worthwhile venture. You can check out their music here : https://toonervous.bandcamp.com/

They hail from Denver, Colorado and feature Jennie Mathers (vocals), Johnny Mathers (guitar), Bryan (bass) and Bunny (drums). Their sound has been described as angry old school U.S. punk rock in the style of bands like The Avengers, X, The Bags etc, they also profess a fondness for Scandinavian hardcore. If you want to find out more about them, Audio Ammunition recently posted a great interview : http://audioammunition.blogspot.co.uk/2015/09/the-nervous.html

I loved the Posers song that I posted last week and I think today's selection pretty much matches it for energy, attitude, piss and vinegar. This Isn't Over....

Email ThisBlogThis!Share to TwitterShare to FacebookShare to Pinterest
Labels: 2015, punk, the Nervous