Andy Human And The Reptoids - I Got Soul 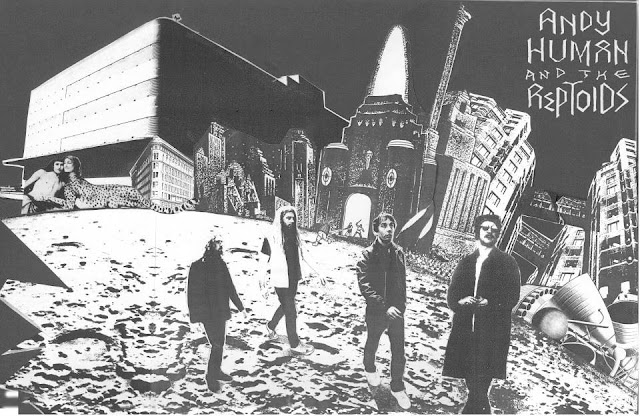 Andy Human And The Reptoids are a "Reptoid Rock" band from Oakland, California. Featuring ex Cuts vocalist/guitarist Andy Jordan (aka Andy Human) the line up is rounded out by Beast Man (bass/vocals), Ra Diehl (sax) and Cripe Jergensen (drums).

"A band of cosmic assassins formed outta the muck," they recently achieved album of the month status over at Maximum RockNRoll who said "rarely.....have punk desperation and glam virtuosity come together in such a frothy eruption."

If you're looking for something a little different from your standard snotty punk vocalist/guitar/bass/drums combo then you should check these guys out. A taste of their  debut s/t album (out now on Ss Records) can be found here : https://andyhumanthereptoids.bandcamp.com/

From the album, here's a song that's likely to work it's quirky little way under your skin, it's called I Got Soul......