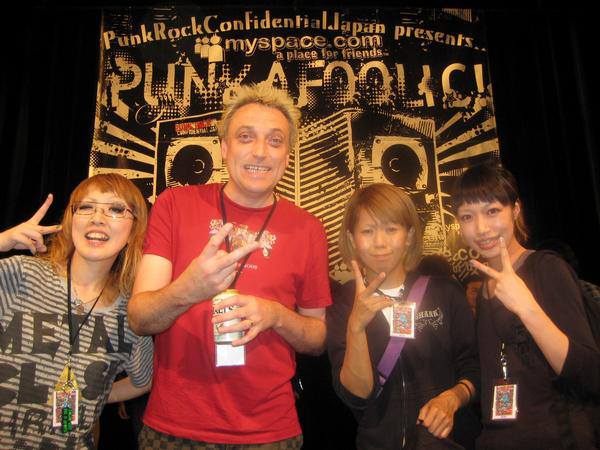 Duncan Redmonds has featured in some great bands. The main one being the legendary Snuff but he's been a member of The Toy Dolls, Guns 'N' Wankers, Billy No Mates, Dogpiss, 5 Shitty Fingers and Urin-8. He's also released various solo work and collaborations including the song I've posted below.

Duncan's Divas was a project in which he got together with numerous artists and released 3 albums of covers of songs by female singers. Half Western and half Japanese songs, the first release was 2007's Sticks Up Girls whilst the follow up was 2009's Up And At 'Em. Also released (2013) was an album called Snog which was a split featuring Duncan's Divas and Duncan's Geezers.

The songs covered have included tracks by the likes of Katy Melua, Siouxsie And The Banshees, Nancy Sinatra, Vera Lynne, The Supremes and many more.
I've chosen this rather stylish cover of a song that was featured on the 1959 album A Touch Of Tabasco which was by American jazz singer Rosemary Clooney and Cuban band leader Perez Prado. The original version was a 1953 mambo instrumental called Quien Sera? It was also a big hit in 1954 for Dean Martin.