The Fuck Off And Dies - Time Traveling 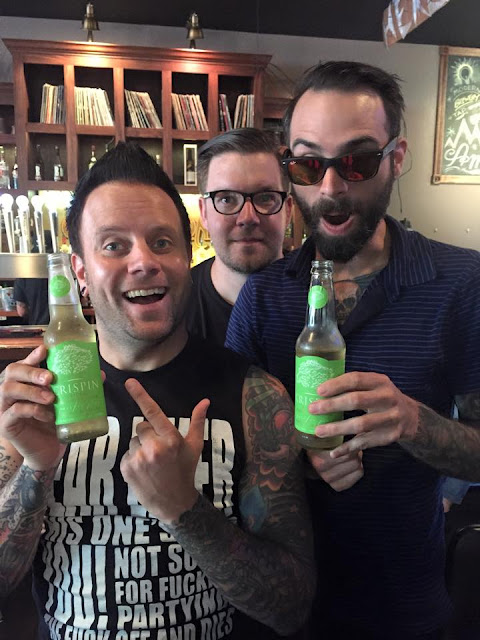 The Fuck Off And Dies are 3 potty mouthed party animals from Saint Louis, Missouri, who started a band as an excuse to get drunk more often.

Playing fun, up tempo pop punk that's got a hardcore edge to it, they got together around 6 years ago. They feature vocalist/guitarist Dan Marsala (who's also a member of Story Of The Year), bassist/vocalist Mark Attack and drummer Black Out Down.

December 2011 saw them release their debut album, Songs In The Key Of Fuck, whilst the Young Punks/Old Drunks ep surfaced in 2014. A couple of months back they released their second long player, Dear Liver. You can check them all out here : https://fuckoffanddies.bandcamp.com/album/dear-liver

They don't need no fucking Delorean, they're fucking partying. This is Time Travelling......

Email ThisBlogThis!Share to TwitterShare to FacebookShare to Pinterest
Labels: 2015, punk, The Fuck Off And Dies