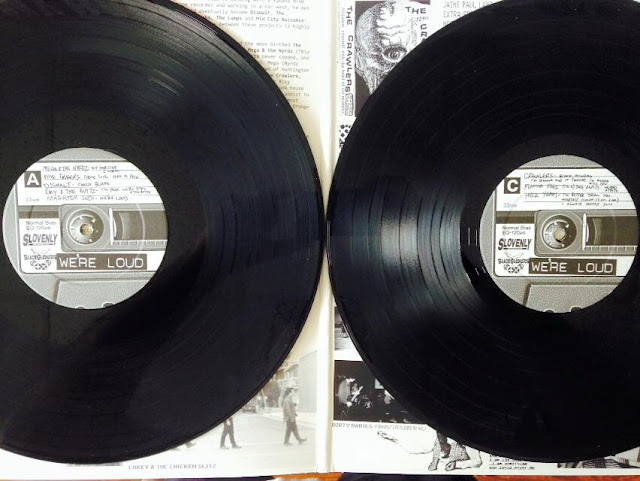 A cautionary tale today, be careful where you stick it!

I don't know anything about the band featured in today's update other than that they were called Fucking Pigs and that they were recording offensive lo-fi punk n roll songs sometime back in the 90's. It's not really surprising though that I missed them at the time, most people did.

Now we have the opportunity to discover them, and a host of other obscure 90's acts thanks to the efforts of Black Gladiator and Slovenly Records who have just released a wonderful compilation of songs from the archive of Jaime Paul Lamb. A double lp entitled WE'RE LOUD: 90's Cassette Punk Unknowns, it's a veritable pick and mix of off the radar, outsider anthems that demands your attention. 19 bands, 33 tracks, recorded between 1993-99 on cassette by bands such as Barf Bags, Mega & The Nerdz, Lukey & The Chicken Slitz etc, you can check it out here :  https://slovenly.bandcamp.com/album/were-loud-90s-cassette-punk-unknowns-2xlp