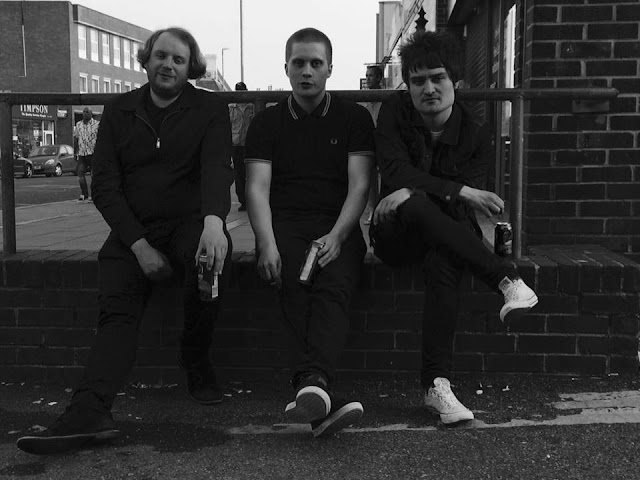 Brighton band Dirt Royal formed in 2013 and I notice that back then they were describing themselves as a classic British blend of mod and punk, social commentary and social satire. It's a tag that still holds up well today. Many of the bands I feature on this blog would never get looked at twice by mainstream radio (a damning incitement on the state of mainstream radio in 2018 rather than the bands) but Dirt Royal write songs that would be equally at home on both underground scene and more populist outlets.

A year ago, when I featured their excellent Waiting For The Radio single I commented how they were being highly praised by the likes of punk legends Mick Jones and Jimmy Pursey (http://justsomepunksongs.blogspot.com/2017/07/dirt-royal-waiting-for-radio.html). It's a dead cert their latest single will bring them plenty of new fans.

The new single will be out on 7" vinyl on 15th June on Just Lust Records. It's a taster to whet your appetites for upcoming album Great Expectations. The album will be on Time For Action Records (as you may have noticed, not only are the band's releases cool as fuck, so are the names of the labels they come out on!). More details on the album plus tour dates (including "a night of pure energy" at Brighton's Rialto Theatre on Friday 22nd June)  will appear on Facebook so give them a like : https://www.facebook.com/wearedirtroyal/

They've just released a video for the single, as likely to appeal to those of us that were listening to music 40 years ago as it is to wow the new generation, this is one of those songs that should be a smash hit and no doubt back in the day would have been. It's called Glory Days....