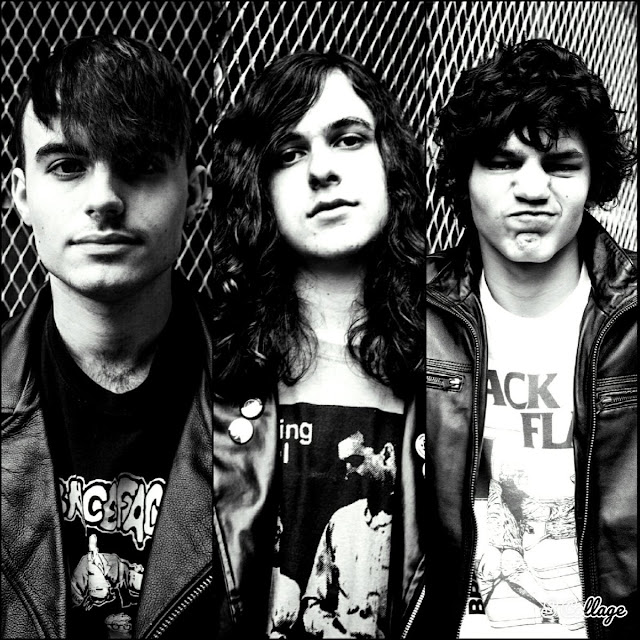 Well it's still very hot over here in the UK. Must be getting on for a week of unbroken blue skies with no end in sight and though that may be nothing to write home about for many of you, for us in the north west of England it's a bit of a rarity. To celebrate what's looking like a decent summer for once, today's update is a pop punk gem that's by a very promising new band and features a modern day king of pop punk on backing vocals and production duties.

BLURG! are from Jacksonville, Florida (so I'm sure a week of cloudless skies is nothing unusual for them) and feature Alex (guitar/vocals), Skyfry (bass/backing vocals) and Jayson (drums/backing vocals). The pop punk legend who's recorded their new ep and who contributes backing vocals to a couple of tracks is non other than Queers frontman, Joe Queer.

The ep is their debut (following on from last years demo and the introductory single, My Girlfriend Is Undead). It's titled Poser and it contains 6 tracks that would have gone down a storm back in the 90's when there were bands on every American street corner putting out this kind of Ramones/Queers/Weasel influenced music. Aside from zombie girlfriends, the lyrics are about the usual old school pop punk tropes such as posers, boredom and the terminally dumb. The sound (as you'd expect from a Joe Queer production) is spot on and the future looks bright. Definitely a band to check out if you're a fan of this kind of sound.

This is the title track, it's called Poser....