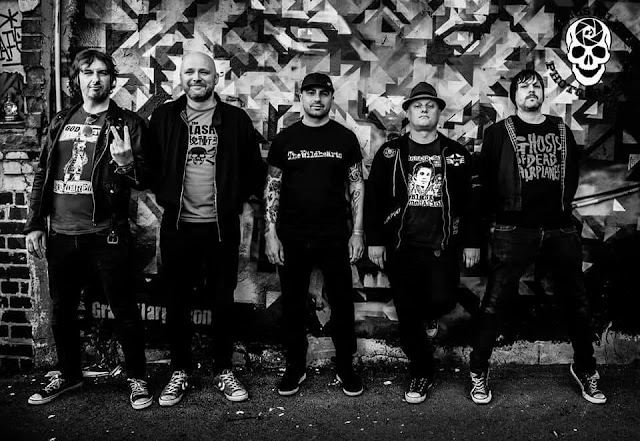 Richard Dick McLaughlin, Dominic Healy, Richard Martin, Phil Merriman and Ian Straughan are responsible for one of the best punk albums of the year so far. They make up Birmingham band The Liarbilitys (not to be confused with similarly spelt bands) and the album in question is called Antagonisms and boy is it good. You can listen to it on Spotify :   https://open.spotify.com/artist/6rz7JbD6HPxEIb3vh51AFR

If the name sounds famliar, you may have caught them first time around (they formed in 2005 but imploded a couple of years later). They passed me by a decade or so ago but fortunately they reformed last year and I'm making up for my previous ignorance by playing the new album to death. You can get more info on them here :
https://www.theliarbilitys.com/
https://www.facebook.com/theliarbilitys/

Their sound is good old fashioned punk rock. They aren't reinventing the wheel but when they write songs this good they don't need to. Antagonisms is one of those albums that doesn't really need much more said about it than "go check it out. now." Hopefully they'll be around for much longer than a couple of years this time round.

This is Build More Prisons.....

Email ThisBlogThis!Share to TwitterShare to FacebookShare to Pinterest
Labels: 2018, punk, The Liarbilitys