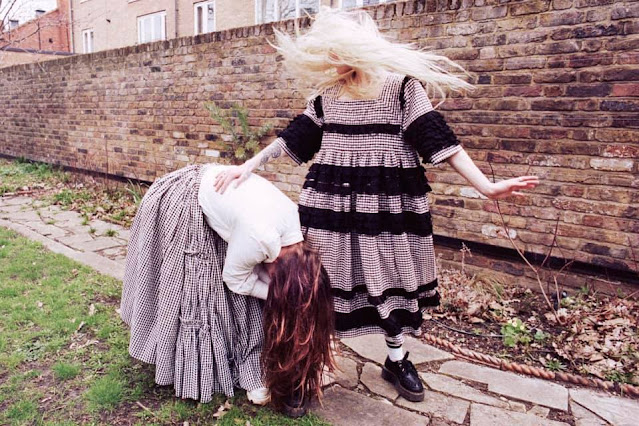 (photo : @jonowhite_ )
Ok, I know it's been out for a few months and I know all the shakers and movers have been banging on about it. I also know I should have featured it on here ages ago but when everyone and his mother is jumping onboard the bandwagon it's tempting to let them get on with it and try and draw people's attention towards less well known music.
But I keep heading back to Youtube to watch the video. It's the best video of the year. It's got something that makes it stand out, makes it special. It's also approaching 1 million views so you've probably already seen it and know what I mean. 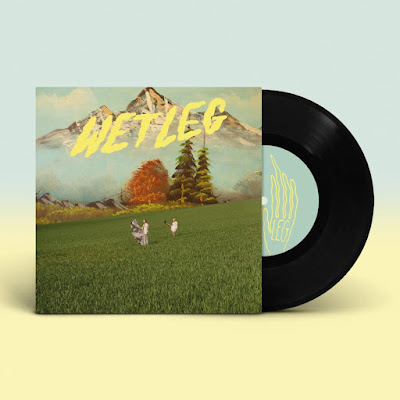 But then along comes another reason to finally feature it. The single is getting a 7" release. If you like your music on vinyl it's a must have. It's already appears to have sold out in a day but sign up to the mailing list for details of more copies https://wetlegband.com/#
Wet Leg (https://www.facebook.com/wetlegit) are Rhian Teasdale and Hester Chambers, they're from the Isle Of Wight and they've the potential to be massive. Are they punk? Punk as fuck mate, certainly more punk than those boring old farts who won't listen to anything released since the early 80's. In a genre covered by a wide umbrella, they stand out. They're fun, they're probably filthy (unless they only actually want muffins buttering!) and they do it all with a knowing look and an aura of immense coolness.
Obviously, with this being their debut single it could be a fluke and these heights may never be reached again. But I'm hopeful that won't be the case.
The single is on Domino (https://www.dominomusic.com/uk) and you can download it here :  https://wetleg.bandcamp.com/album/chaise-longue
This is Chaise Longue...
Posted by mickfletcher at 02:36