Vile Assembly - Not Quite Fair 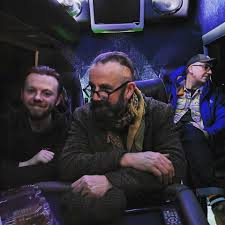 Vile Assembly (https://www.facebook.com/TheVileAssembly/) are the Liverpool based whistle blowers on an unjust society who proclaim that "The Truth Is Our Weapon Of Choice!!" They've featured on here several times previously and you can check out their previous releases here :   https://vileassembly.bandcamp.com/

They return today with an impressive new single. It's a powerful song about the messed up system we're living in and is accompanied by a hard hitting video which contains some of the footage you'll have seen on your tv screens during the coverage of the Black Lives Matter protests. Pointing out how the police are being used by the rich to quell those they should be helping it calls for the feral elite to be crushed. It asks why instead of protecting our interests the government are more concerned with lining their pockets.

We live in an unjust society where the protectors are in fact the oppressors. This is Not Quite Fair...