Tommy And The Commies - Impulse Action 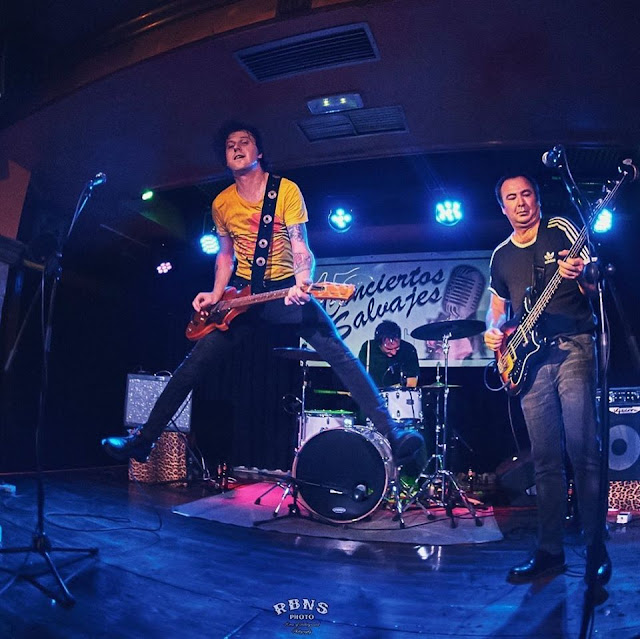 Is there anyone reading this that doesn't know Sudbury hooligan pop 3 piece Tommy And The Commies (https://www.facebook.com/TOMMYSCOMMIES/) have a new ep out?  I didn't think so. They're a band that made a big impression with their 2018 debut album Here Comes... A band who take all the best elements of golden era heroes such as Buzzcocks, Undertones, The Clash, etc and mould them into a sound that's both very familiar and very fresh. They're a band that I can't imagine too many visitors to this blog not loving.

The ep is titled Hurtin' 4 Certain and it boasts 4 awesome tracks. It's pop punk for those who think pop punk isn't edgy enough. It's garage punk for those who yearn for bigger melodies. It's music to play for the nostalgia punks who seem to think no one's released anything worth listening to since they were in school several decades ago. Play it loud for them and shout "see, I told you punk wasn't dead!"

It's hard to listen without thinking of Feargal Sharkey, Pete Shelley and Howard Devoto and it's even harder to choose a favourite song to highlight. One minute I'm decided upon the title track, the next I'm going with The Jam influenced Power On Standby... or should i pick the Clash at their catchiest One Arch Town? But then, sod it.... I've opted for Impulse Action...