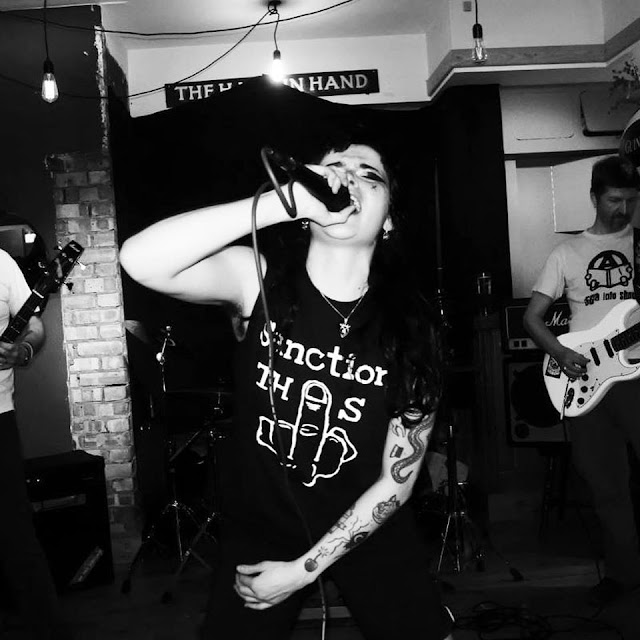 Mindframe are from London and formed in 2013. After a change in personnel a couple of years later they released a debut 5 track ep titled Slumped And Dumped and followed it up in 2018 with the Mindframe Whiplash ep on Grow Your Own Records (https://anthraxuk.bandcamp.com/album/mindframe-whiplash-ep).

Influenced by punk, hardcore and a touch of ska they currently line up with Trev (drums), Tabi (vocals), Ollie (guitar) and Bruce (bass) and they've recently released a new Self Titled 4 track ep. It was recorded and vocals were mixed in one day in June 2019 in the basement of the Hand In Hand pub in Brixton by Slow Faction vocalist John Youens. It's available as a name your price download on Bandcamp : https://mindframed.bandcamp.com/album/mindframe

Highlights on the ep include Killer Nation which sounds to me very much like some of the great female fronted UK Riot City punk bands that graced the early 80's (Vice Squad, The Expelled etc...) and the song I'm highlighting below.